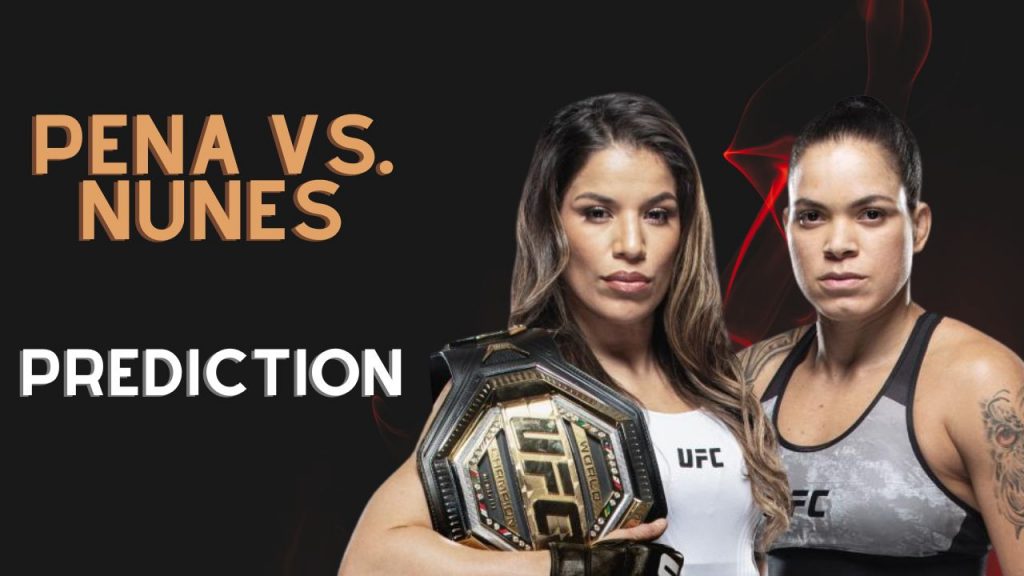 Julianna Peña vs. Amanda Nunes Prediction: UFC 277 features one of the most anticipated rematches in UFC history. The upcoming UFC PPV (UFC 277) will be headlined by women’s bantamweight champion Julianna Peña and Amanda Nunes.

Julianna Pena shocked the entire world when she defeated long-time champion Amanda Nunes by TKO. This was the first time Amanda Nunes was seen in trouble in her career.

In their first fight, Nunes seemed to be exhausted and her cardio was exposed by Julianna Pena.

Amanda Nunes has been dominating the women’s bantamweight division for more than a decade now. She has defeated many great fighters like Ronda Rousey, Holly Holm, Cris Cyborg, Valentina Shevchenko, and Megan Anderson.

We believe Nunes is a better fighter in this bout, She is much stronger than champion Julianna Pena and has heavy knockout power.

On the other hand, we can not give up on or underestimate the ground game of Julianna Pena. We believe this time Pena we avoid standing battle and look forward to engaging Nunes on the ground.

Regardless of UFC 269 defeat, Nunes still remains untouchable and we believe she is going to win this bout by the way of an impressive Knockout.