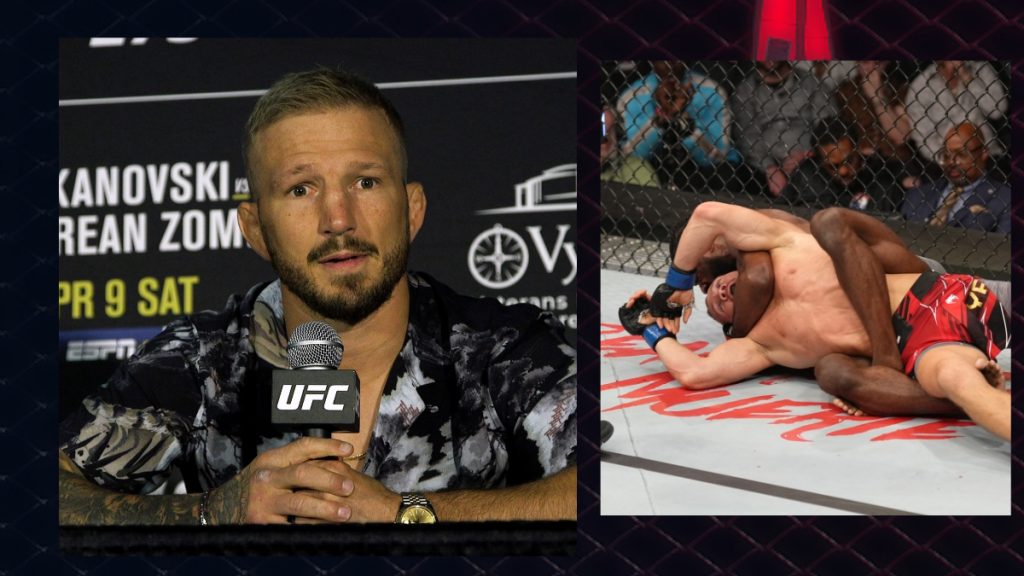 TJ Dillashaw has speculated on Petr Yan’s biggest mistakes in his fight against Aljamain Sterling.

At UFC 273, Petr Yan suffered a unanimous decision loss to Aljamain Sterling. Many fans and Dillashaw himself expected Yan to win this bout, but because of his own mistakes, he got dominated by Sterling.

Former Bantamweight champion TJ Dillashaw, who is rumoured to take on Aljamain Sterling at UFC 279, has given us his analysis of Petr Yan’s performance against Sterling.

Speaking to Submission Radio, TJ Dillashaw has pointed out some of the big mistakes made by Petr Yan, who was expected to dominate in this fight.

“I definitely expected Yan to win,” Dillashaw said. “Yan made some big mistakes and showed a lot of holes in his game.”

Dillashaw continued“It was crazy to me that he could not get out of the body triangle, going in the wrong direction, and pretty much just focusing on not getting finished rather than winning.”

“His coaches were even telling him, ‘Don’t give up your back.’ First thing he did, even after the second round going into the third, right away gave up his back again. (He had) some brain farts on that.”

Dillashaw made his long-awaited comeback against Cory Sandhagen. He was suspended for two years after testing positive for performance-enhancing drugs (PEDs). He was also the first fighter who openly admitted his use of PEDs.

With such an analysis of Yan’s performance and noticing the weakness shown by Yan, TJ Dillashaw might be the toughest challenge for Aljamain Sterling.