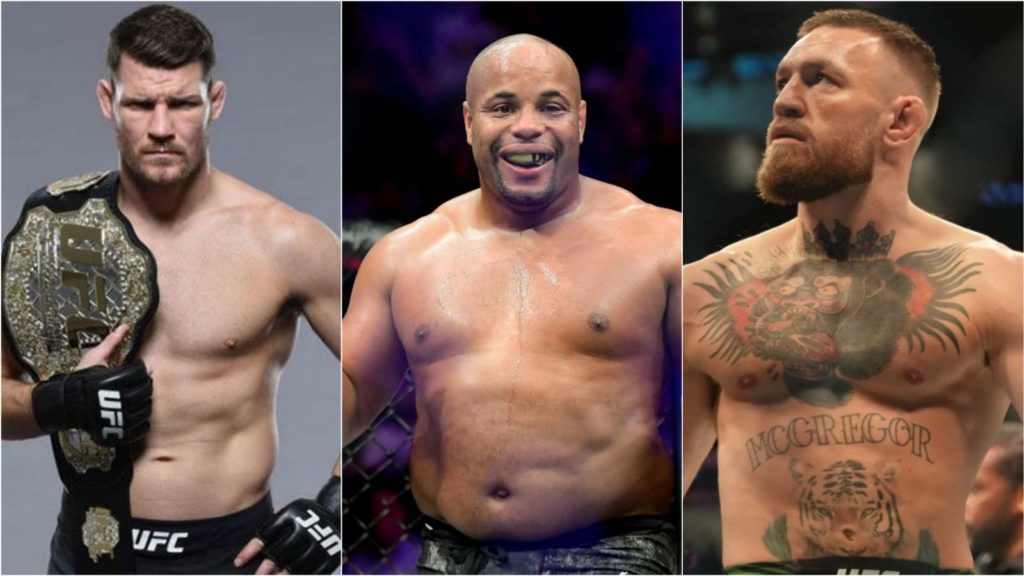 Social media beef between Conor, Bisping & Cormier Continues as conor has once again slammed bisping & cormier in his recent tweet.

Earlier, speaking to comedian Luis J. Gomez on a recent episode of his Believe You Me podcast.

I don’t care what kind of McGregor it is, whether it is the double champ Conor McGregor… DC (Daniel Cormier) is gonna fu****g pull you limb from limb. He can do it one-handed, he can do it with one eye, two eyes, no eyes, he can do it after (drinking) 25 Modelos. That ain’t a fight. That is murder. That is assault. Somebody call the cops

Bisping is a nobody on Sirius xm. Rushed back to competition after being dropped/strangled and then gets shotgun slept by gastelums left hand. Devastating. Even though I collect commission on all his fights, I still said to the team to pull the gast fight. I knew it was coming.

Conor also responded to his critics journalism, when a fan asked “Whats your thoughts on journalist who always talk against you @TheNotoriousMMA”

I understand the business fully. It’s when it’s covered solely one sided is the issue. That is not professionalism. That is moms basement. Dc hooks a tripod/camera up the box room of his house. It’s garbage.

Most of us know how DC & most of the news journalist/mma fighters criticising conor for his actions one sidedly.

We know their is beef between khabib & conor so its obvious for Daniel Cormier to have some hate towards Conor but here is the point when you work as a journalist you gotta keep those personal things away. you have to be neutral.

What conor is trying to say is he understands your business but you’ll gotta understand his business whatever he is saying is just to build the fight. it’s all business nothing personal here.