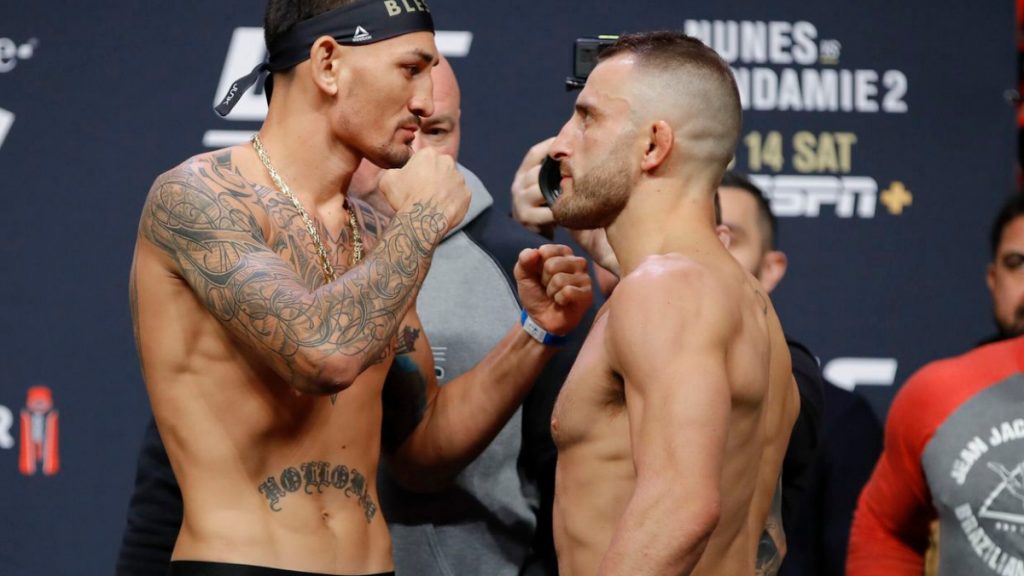 UFC 276 is just one night away from taking place, and we have got our predictions for the co-headliner between Alexander Volkanovski and Max Holloway.

This is the match we have all been waiting for to happen. This will be the third time they have fought. What makes this fight more interesting is how close their previous two fights were.

Alexander Volkanovski’s last performance against Korean zombie has changed the way we look at him. He definitely throws the most powerful punches in the division. He has got the power of a lightweight fighter.

Max Holloway is also kind of the same fighter, but it is that he believes more in the volume of strikes rather than significantly powerful strikes.

In the previous two fights, Holloway would have landed more strikes, but Volkonovski has landed much more significant strikes.

In order for Max to win this fight, he needs to be landing more and more significant strikes or take out Volkanovski’s leg early in the fight so he becomes less dangerous. But kicks are just not Max’s style; he is heavily dependent on his boxing skills.

Overall, Volkanovski looks better in almost every aspect. He has got more power, he’s boxing is as good as Holloway, and most importantly, he has been undefeated in the UFC.