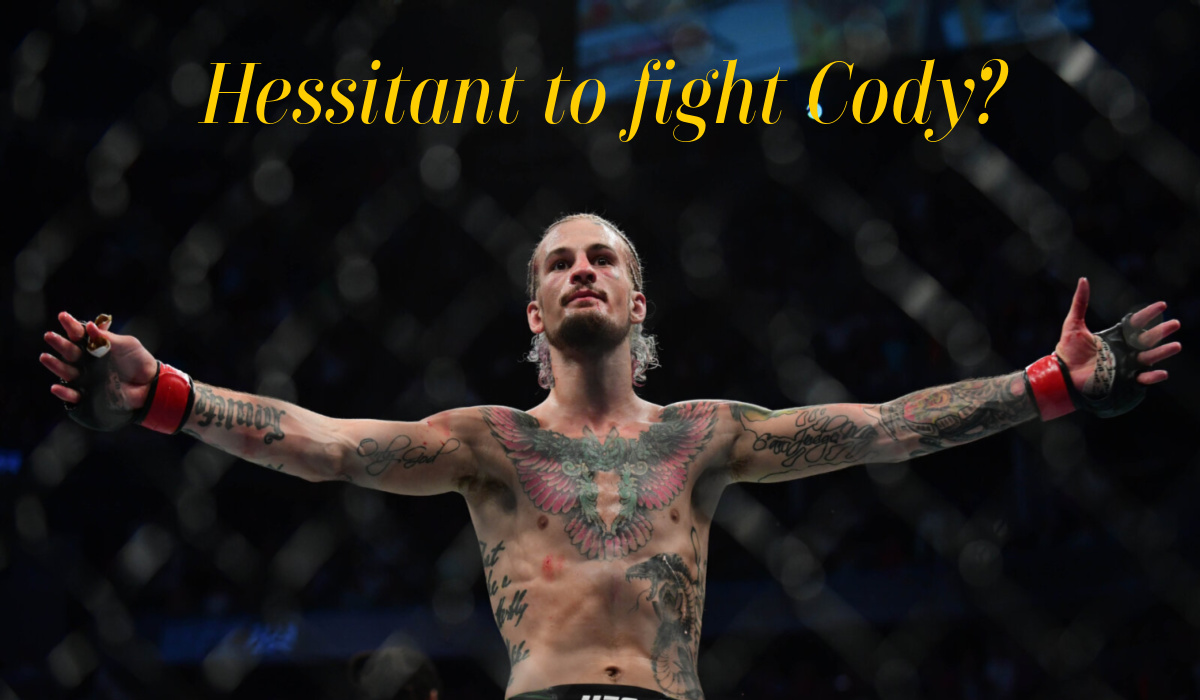 Rising Bantamweight and UFC superstar Sean O’Malley has clarified why he is hesitant to fight Cody Garbrandt. Despite the fact that the fight is being hyped already.

O’Malley and Cody had a history of trash-talking that escalated recently when they fought on the same card of UFC 269 at Las Vegas.

Even both fighters were interested in fighting each other, But O’Malley has changed his tone after UFC 269. He believes fighting Cody, who has only won one fight since 2017, is a loss-loss situation for him.

If we had both fighters emerging as victorious at UFC 269, there would have been no question that a fight between Sean O’Malley and Cody Garbrandt would have happened.

Nonetheless, with Cody losing, once again by way of knockout, ‘Suga’ claims the fight no longer does much for him.

Speaking to Michael Bisping on his podcast, O’Malley said

Even though this fight would do good PPV numbers, Sean O’Malley thinks Cody has not maintained his fight resume for the past three years.

What do you guys think about this matchup, and who should O’Malley and Garbandt fight next. Also not forget to mention glass chin in the comment box below.