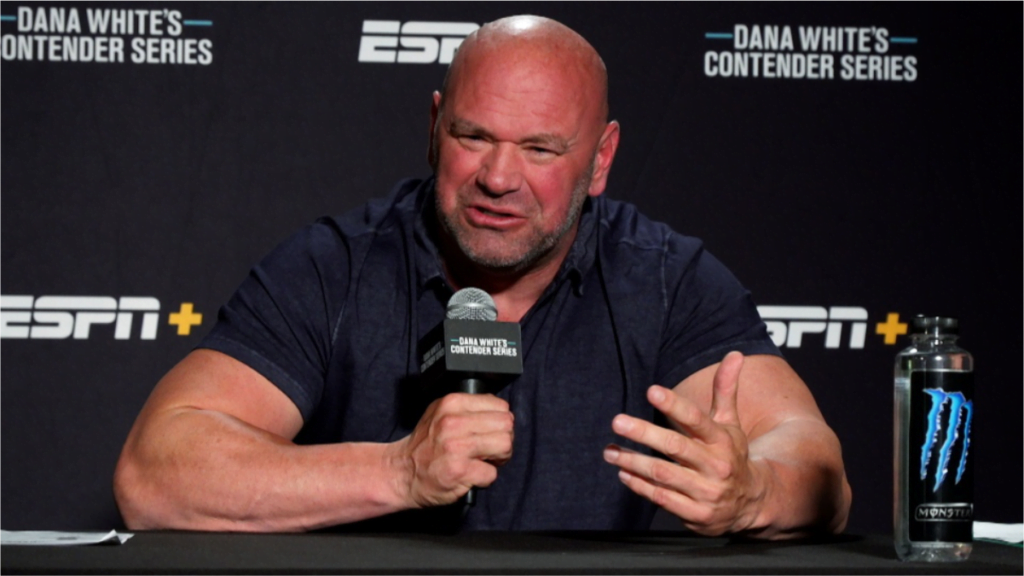 The UFC president Dana White recently shared his opinion on mixed fight rules following the announcement from the ONE Championship in which Demetrious Johnson will be facing Rodtang Jitmuangnon.

Well, with the ongoing trend of old legends like Vitor Belfort and Evander Holyfield competing at boxing shows, White has shared his views on exhibition fight and seems that he is not big fan of it.

Speaking to media in an press conference of dana white contender series he gave his thoughts on exhibition fights going around.

I’m not a big fan of exhibitions. It’s just a bull*hit loophole in the system for guys who shouldn’t be fighting to be able to fight. But whatever, man.

When reporters asked why did UFC not considered Conor vs. Poirier exhibition fight. Dana said, In the case of Conor McGregor and Dustin Poirier, they were not on the same train of thought as some of the others.

Dana White was referring to UFC lightweights showed interest in a charity boxing match after their rematch before making the trilogy. UFC 264 official.

There was a time in history when Dana White and Ortiz discussed the possibility of having their own boxing show during Ortiz’s heyday in the UFC, But unfortunately that never came to reality.

Even though Dana admitted that the discussion went so far as to claim that he even brought real heavyweight men to training.