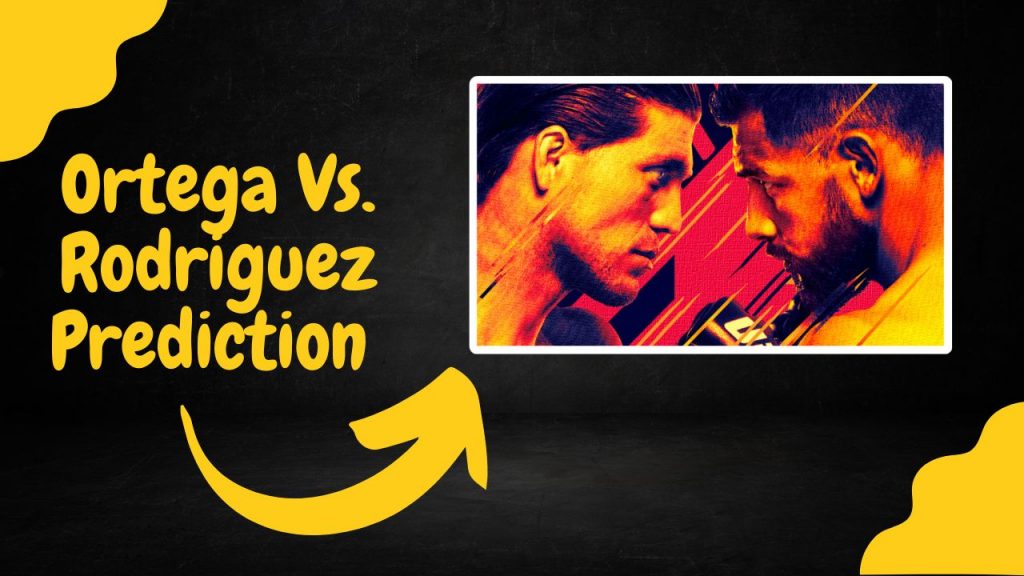 Both fighters have one common thing between them is that they are both previously defeated by number one ranked featherweight Max Holloway. However, Yair Rodriguez seems to be a fresh fighter as he has yet to get his first title shot.

when I said fresh it means you know fighters like Holloway and Ortega have been champions in the past they have got multiple titles shot and failed to recapture their belt. they just don’t have that enthusiasm & Passion that most of the newcomers have like Yair have.

Both fighters are equally talented and both are having a great advantage in their department. Yair looks strong in standing battle while Ortega has crazy submission skills. We believe it will Ortega to pose a huge advantage in size and might utilize his grappling more efficiently.

Despite believing that Yair might do some serious damage to Ortega, We believe Ortega will take down Rodriguez at some point in the fight, where his submission technique can make Rodriguez problems.

Brian Ortega defeats Yair Rodriguez by submission in somewhere between round two or three.