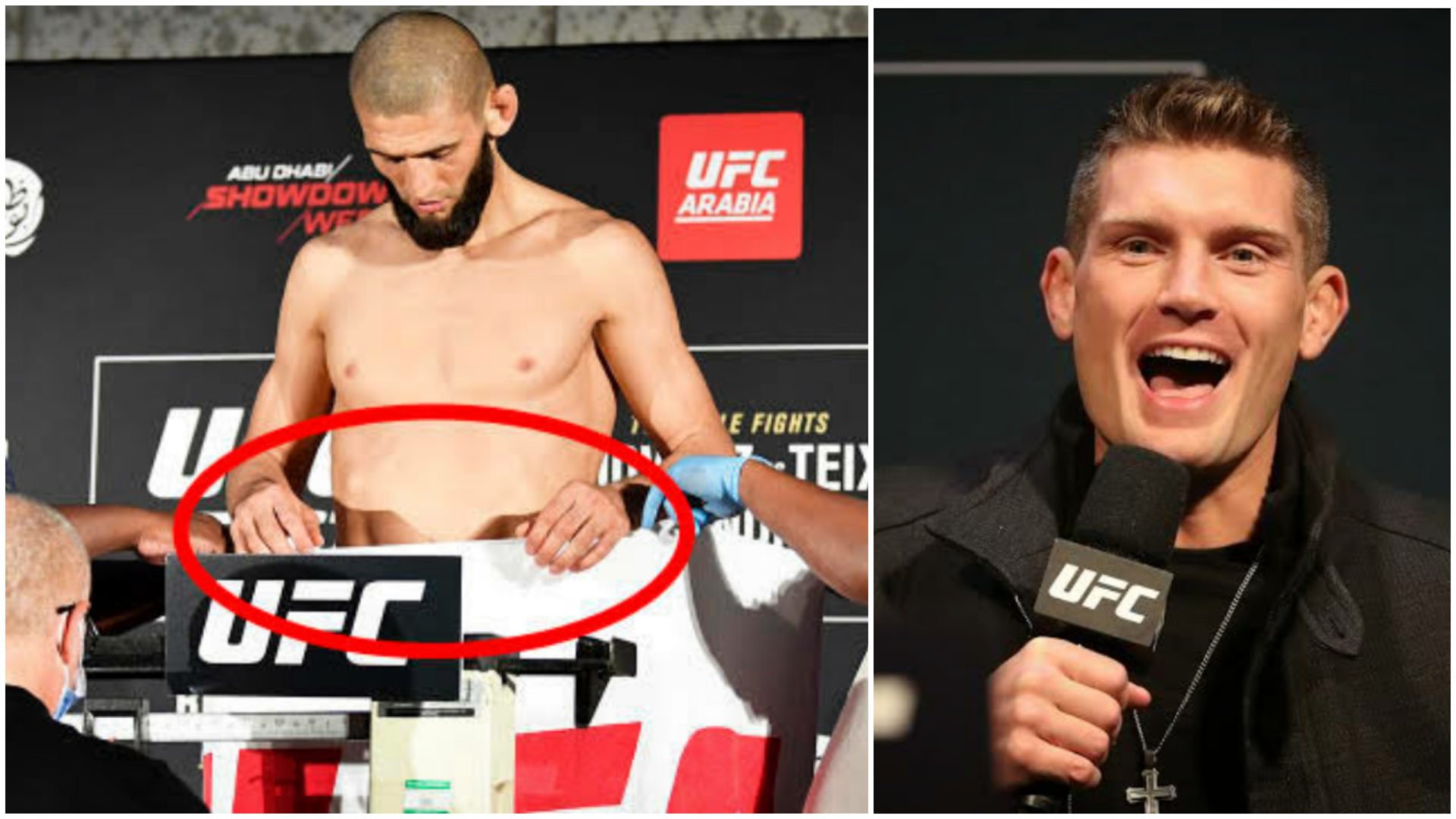 Stephen “Wonderboy” Thompson is among the first fighters who openly criticized Khamzat Chimaev for his attempt of cheating in weigh ins.

Khamzat have once again shook the MMA world with his dominating win over Li Jingliang. But Khamzat was attempted some old towel trick to make his weight.

Speaking to MMA NEWS, Wonderboy shared his thoughts on this controversy. He said “Yeah, I mean, how you gonna go from 166 back to 170? I mean, it was obviously cheating. When somebody puts their hands on the towel and you see the towel go down, move —they should make everybody weigh in with a towel with hands in the air, just like they did the second time.”

He further accused him of cheating, but he didn’t get in his way and he panicked. “But yeah, man, I think he was trying to make it work but he went a little overboard where it was like 166. It’s like, come on, dude.” Said by Wonderboy