Jake Paul takes a dig at Kamaru Usman, Says ‘It Would be Light Work’ 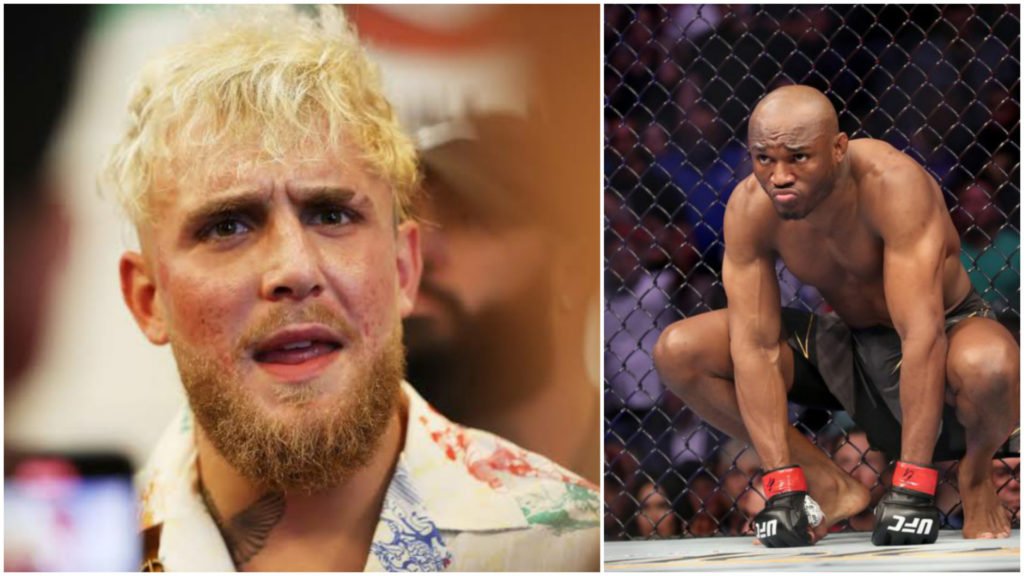 It’s the business model for Jake Paul to call out UFC fighters and then make everyone hate him and then they want’s to see him getting KO’d and end-up on buying his PPV.

Speaking to TMZ Sports Jake Paul laid down his thoughts on Kamaru Usman wanting box Canelo Alvarez. “I mean, he could barely beat up a 170-pounder. Took a lot of shots, man. He’s getting old, right? He’s 35 and I think that’s starting to show. I think he is out of his prime already. He’s light work,”

Paul believes Usman is getting old and getting out of his prime now and it will be easy work for him if they ever fought in boxing ring. He also quoted his performance against 5 time UFC middleweight champion Tyron Woodley.

“You know, I respect Canelo and his boxing ability but as far as Kamaru Usman getting into the boxing ring, like I said, it’s light work. Look what I did to Tyron [Woodley], the five-time UFC champion. Kamaru is I don’t even know how many time UFC champion, I know Kamaru beat Woodley, but in boxing, completely different. I make light work of him like I said.”

Jake Paul want’s to box UFCs pound for pound king Kamaru Usman but it is unlikely for UFC to make it happen. Specially UFC president Dana White dont wanna do any business with Jake Paul / Logen Paul or Thriller Promotion.

Jake Paul will be taking on UKs undefeated Tommy Fury on December 18 in an Showtime PPV headliner. We saw him fumbling against Tyron but Can we see him get another victory against Tyson Fury.