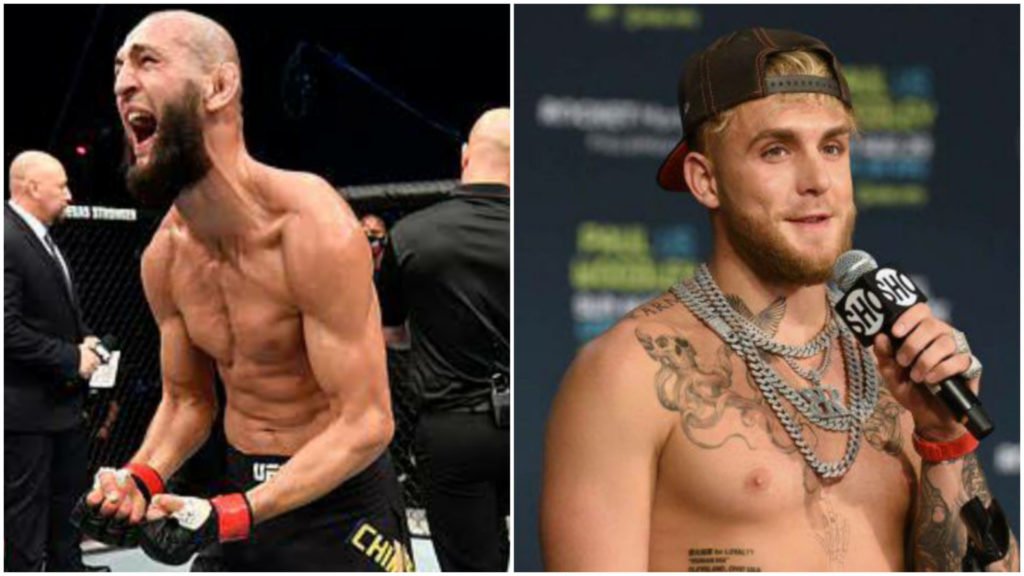 Jake Paul has responded to the tweet of Khamzat Chimaev saying “I can smash this guys same night BOXING,”

UFCs rising star Khamzat Chimaev has been making back to back headlines, In one of his recent tweets he smashed Paul brothers in his style. He says “I can smash this guys same night BOXING,”

The hate for Paul brothers, Specially for Jake is mostly because of him talking trash about MMA fighters, UFC and building his fame over it. It seems like that’s the business model Jake has adopted, He trash talk MMA community and then they want’s to see him get KO’d but he somehow manage to get out of that fight and then he again start talking trash.

Anyways, Coming back to the Jake Paul’s response to Khamzat. Paul wasted no time to drag out UFC in middle of this thing. So that he can have the attention of entire MMA fans. “Listen Kumquat… you are just another UFC fighter pretending you can box. Sit down, shut up and pray you get paid fairly.” Jake Paul Said on Twitter.