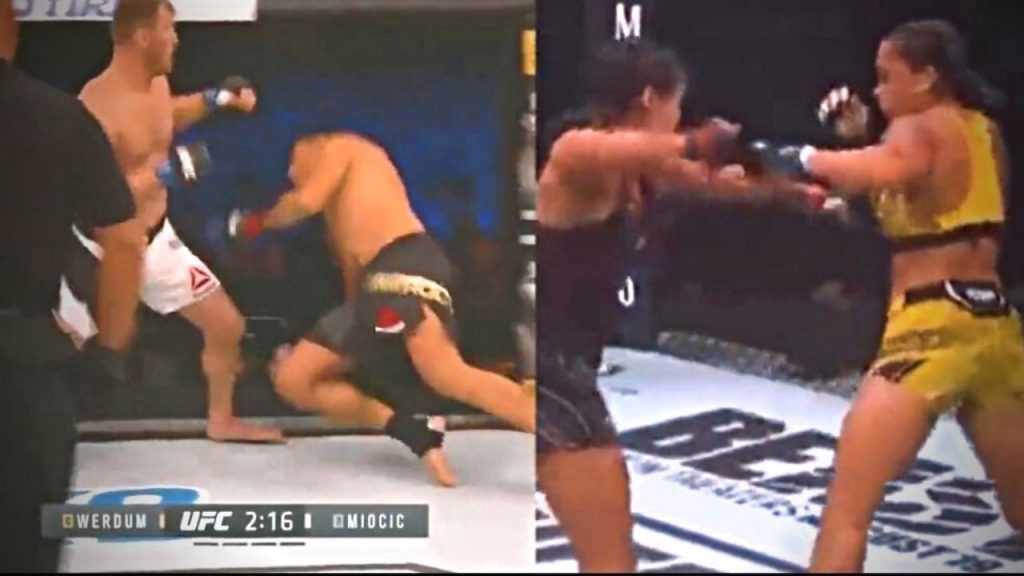 A new comparison video shows us Amanda Nunes had similarly knocked down Julianna Pena at UFC 277.

UFC 277 was a great comeback for Amanda Nunes, she had a great strategy to claim back her double champ status. Although Amanda Nunes didn’t get finish. she had knocked down Julianna Pena five times.

One of Nunes’ knockouts was comparable to Stipe Miocic‘s knockout against Fabricio Werdum. The Twitter handle of mmamania has shared a fun visual comparison of the two knockouts that shows the similarities.

Nunes has once again been called out by Pena for the third fight. but there are also chances of Valentina Shevchenko going up for the Bantamweight championship.

What do you think of Amanda Nunes’ performance at UFC 277? Who should she fight next? tell us in the comment box below.