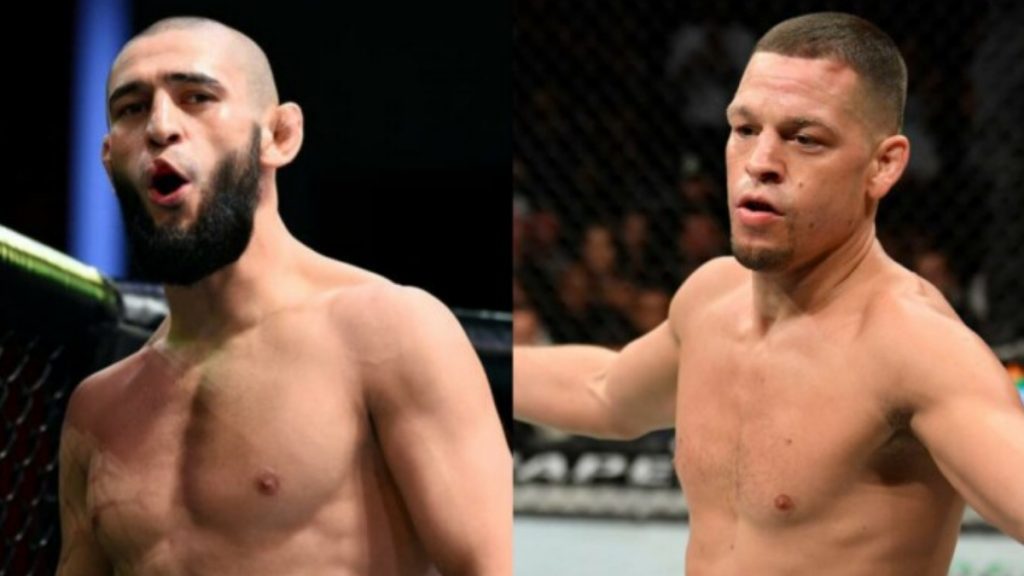 This Morning Khamzat took it to the twitter to callout Nate Diaz for UFCs August card.

Despite Dana White’s interest, Nate has rejected this bout. He does not wanted to fight a newcomer or a rookie on his last fight. But that was the case when Khamzat was not ranked in top five But now things have changed. Chimaev is ranked at number three. Will Nate accept this fight now?

Nate has left only single fight on his current UFC contract and negotiations with UFC does not seems to be going well. Nate Diaz want’s to get rid of UFC contract to test free agent market. But on the other hand UFC doesn’t want to give such easy exit to Nate and that’s why we have seen Dana putting pressure on Nate to accept Chimaev fight.

UFCs august card (UFC 278) is announced to be headlined by Kamaru Usman and Leon Edwards. So, it will be great opportunity for Khamzat Chimaev to fight on the same card as that win might guarantees him next title shot.

Despite ranking third in the division there is no guarantee of Chimaev getting next title shot and hence, Chimaev is look to smesh one more fighter to earn his title shot.