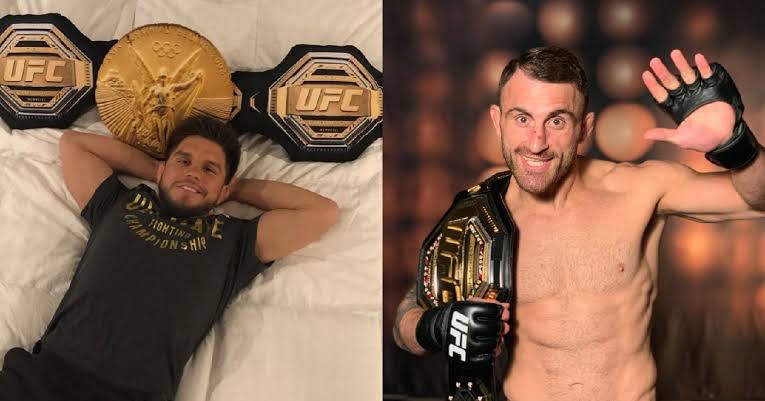 Henry Cejudo is making his case to fight featherweight champ Alexander Volkanovski to be the first-ever three division champ in the UFC.

Since Max Holloway’s pullout announcement, Cejudo has been saying everything to get his hands on Volkanovski.

He recently released a series of tweets calling out champ Alexander Volkanovski for a fight.

In one of his tweets, Cejudo offered to beat Jake Paul for free if Dana White pays him well to fight Alexander Volkanovksi.

Hey @danawhite Pay me to fight Alex and I’ll beat up Jake Paul for free.

Cejudo also threw a shot at Max Holloway for pulling out of the fight. He wrote, “Hey @danawhite give me a shot at Alex. I would never cancel. I’m Mexican, and we don’t believe in pulling out of anything.”

UFC Flyweight Kai Kara France came into the defense of Alexander Volkanovski, and CCC made him bend on the knee.

As per social interactions, Henry Cejudo is slightly fan favorite to fight Australian Alexander Volkanovski. But we want to know who our readers want to get the next featherweight title shot. Let us know in the comment box below.