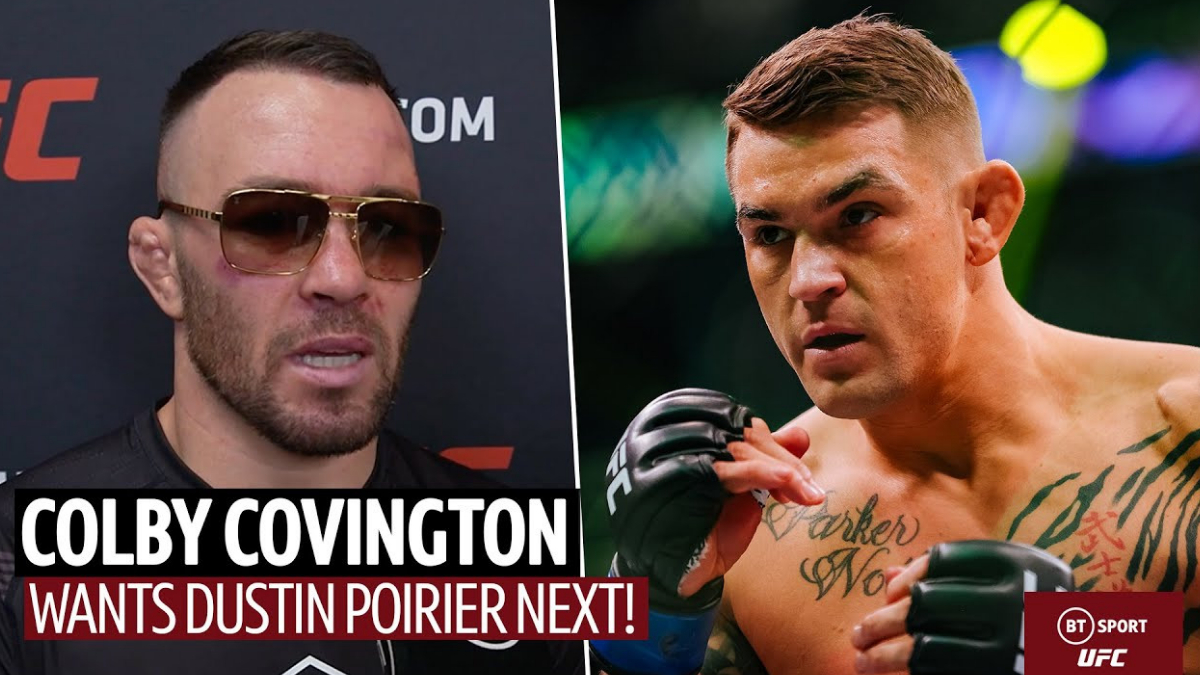 Colby ‘Chaos’ Covington has once again taken a shot against his another former teammate Dustin Poirier.

After defeating Jorge Masvidal at UFC 272, Colby Covington has set another interesting target

Colby called out Dustin Poirier in his post fight octagon interview at UFC 272,

“I just took care of Miami street trash, now it’s time to take care of Louisiana swamp trash. Where you at Dustin Poirier, you cuck. You said it’s on sight. Name the site, Dustin. Bring that jezebel of a wife and bring that little kid and I’ll see you soon. You’re next.”

Soon after Colby’s callout, Poirier took it to the Twitter saying that he is enjoying his vacations in jamaica.

Speaking to mmafighting, Colby responded to Dustin’s tweets, He said,

“Let’s do it, bro. He said it’s on sight. Let’s do it. Stop talking reckless in the media. If I talk to the media and say things, I come out here and back it up. I’m a man of my word.”

“So we can do it anywhere. We don’t have to do it in the UFC Octagon. If he wants to do it in a park, or in a street, my one stipulation is that you let the world watch it and enjoy themselves.”

Colby is currently ranked as number one welterweight but he still has defeated twice by Current champ Kamaru Usman. So maybe he don’t wants to run back quickly for their third bout and that’s why he need another eye catching bout.

Poirier is also in an same kind of situation, He doesn’t wants to fight for the title anymore but he still wants some interesting bout like Conor, Diaz or Colby.

With that being said, Who do you guys wants next to fight Colby? Tell us in the comment box below.