Home » Nate Diaz vs. me is a perfect fight – Vincente Luque

Nate Diaz vs. me is a perfect fight – Vincente Luque 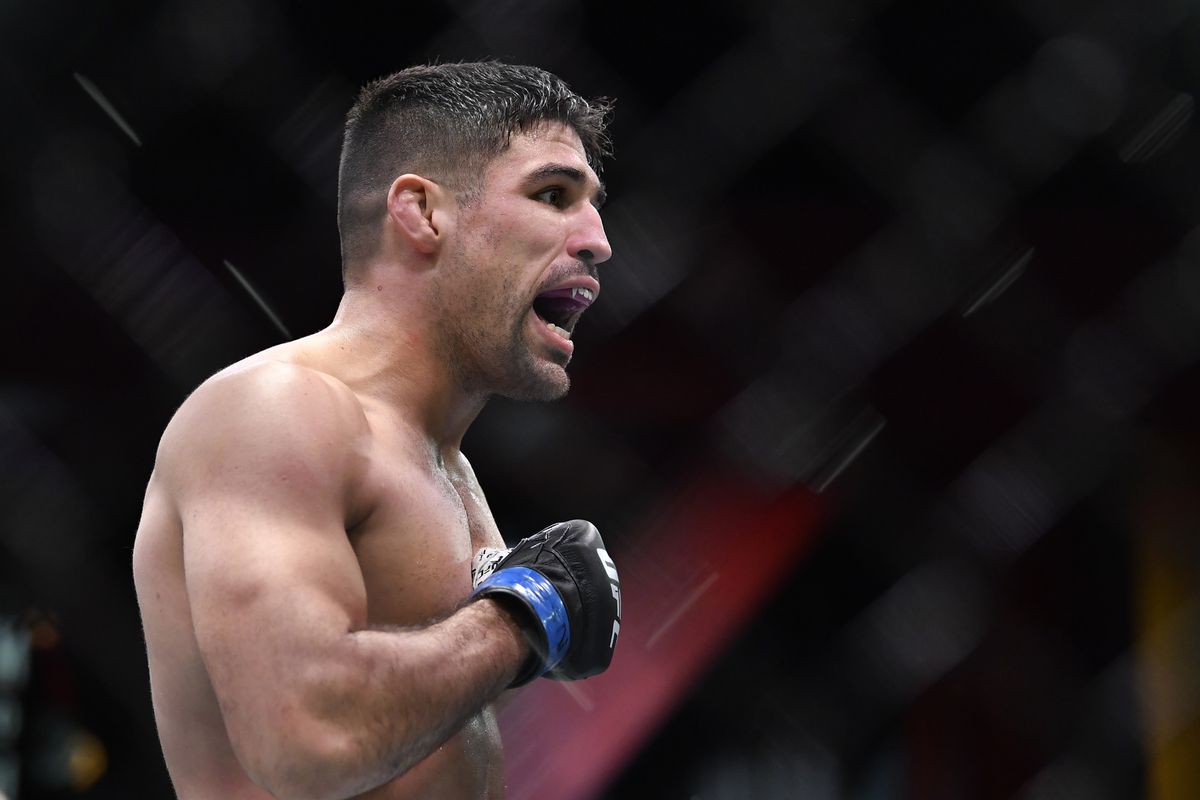 Vincente Luque is still optimistic about his fight with Nate diaz.

Vincente Luque (21-7-1 MMA, 14-3 UFC) was once called out Nathan Diaz for a fight and Diaz also agreed to fight him on social media but fight has not yet been finalised.

When two guys want to fight, you’ve got to make them fight,What else can you do about it? But I think the UFC, they’ve got to figure some things out. I talked to my manger Ali (Abdelaziz), and I let him know I really want this fight. I’ll be ready November, December. Whenever they want to make it, I’m going to be ready and we’re trying to make it happen. I know Nate wants it, as well. He’s looking forward to fighting in December, so I think it makes sense.

Vincente Luque is currently ranked at no 4 in the welterweight division and he is on whooping four fight winning streak. on other hand diaz is on two fights losing streak, he lost to Jorge Masvidal and Leon Edwards.

Recently on twitter diaz announced that he wants to fight in the december but since then we haven’t got any update from UFC or from him.

On other hand Luque, He is aware of current situation of division. He knows its going to take a time for him to get that title shot. beside the money this is one of the reason why he wants to fight unranked nate diaz.

Luque said he is also interested to fight Masvidal or Leon but they both already wants to fight each other and that possibility ends for him.

However, Luque believes that fight opportunity for him going to come at any time and he doesn’t want to give it away. that’s why he staying in the tarining and in shape to take any fight at any time.

I’m ready for him or any other guy

1 thought on “Nate Diaz vs. me is a perfect fight – Vincente Luque”