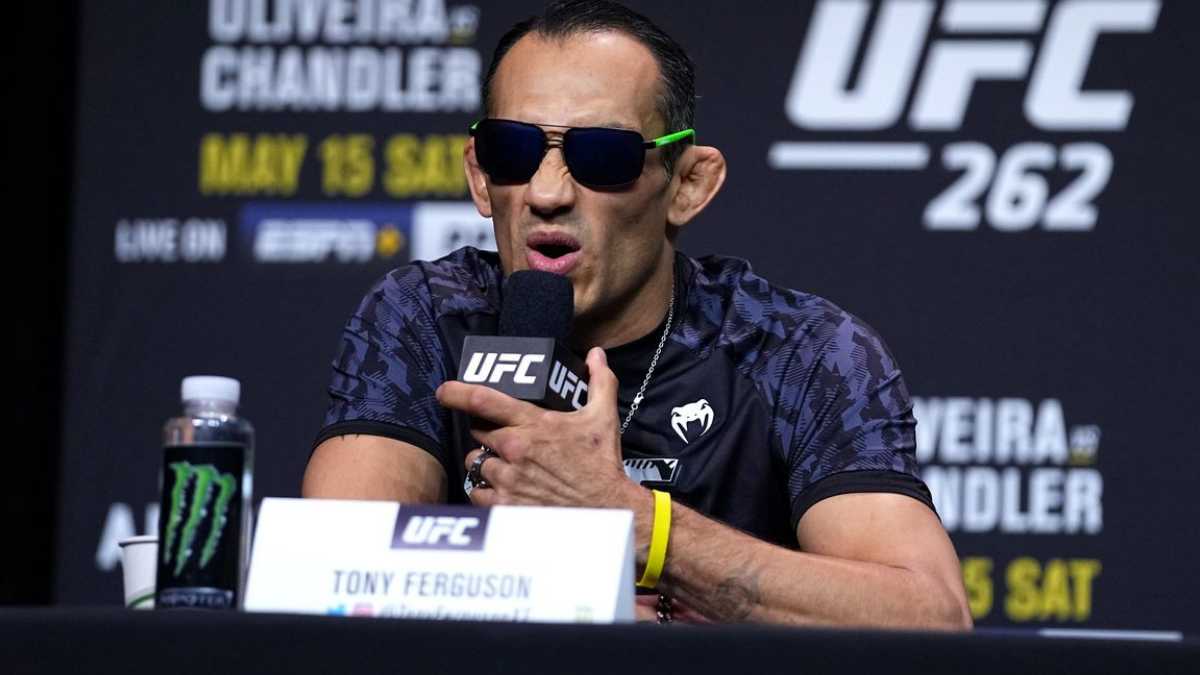 Tony “El Cucuy” Ferguson feels disrespected by the Dana White & UFC for the way they are treating him.

Tony Ferguson is back in the action, He will be going down against Michael Chandler at UFC 274 this saturday night.

Tony Ferguson recently appeared on UFC 274 media scrims, Where he was very much vocal about fighters like Michael Chandler getting Dana White privileged.

“Dana said something the other day talking about how boxers are overpaid. I asked Dana to box, he said ‘f**k’ no, I said ‘why I want to go play baseball, I want to go do other pro sports, I’m an athlete,”

“I grew up in different sports at a very high level and won a state championship football ring, right here, we were 27-1. I come from Grand Valley State Univseirty as a wrestler, I want to go do pro wrestling, I got Brock (Lesnar), Uncle Brock right there watching me. I want to go do all these things but then I got this guy right here acting like a f*****g drug dealer telling me I can’t go and so this s**t.

Tony Ferguson, Obviously pointing out how Dana White thinks you can not fight those top level boxers. Tony does not seems to be agree with Dana’s beliefs that you can not be good in two or many sports.

Tony is at probably the worst point in his career, He is on three fight losing streak. At this point, another loss and he probably shifted to fight night card or the prelims.