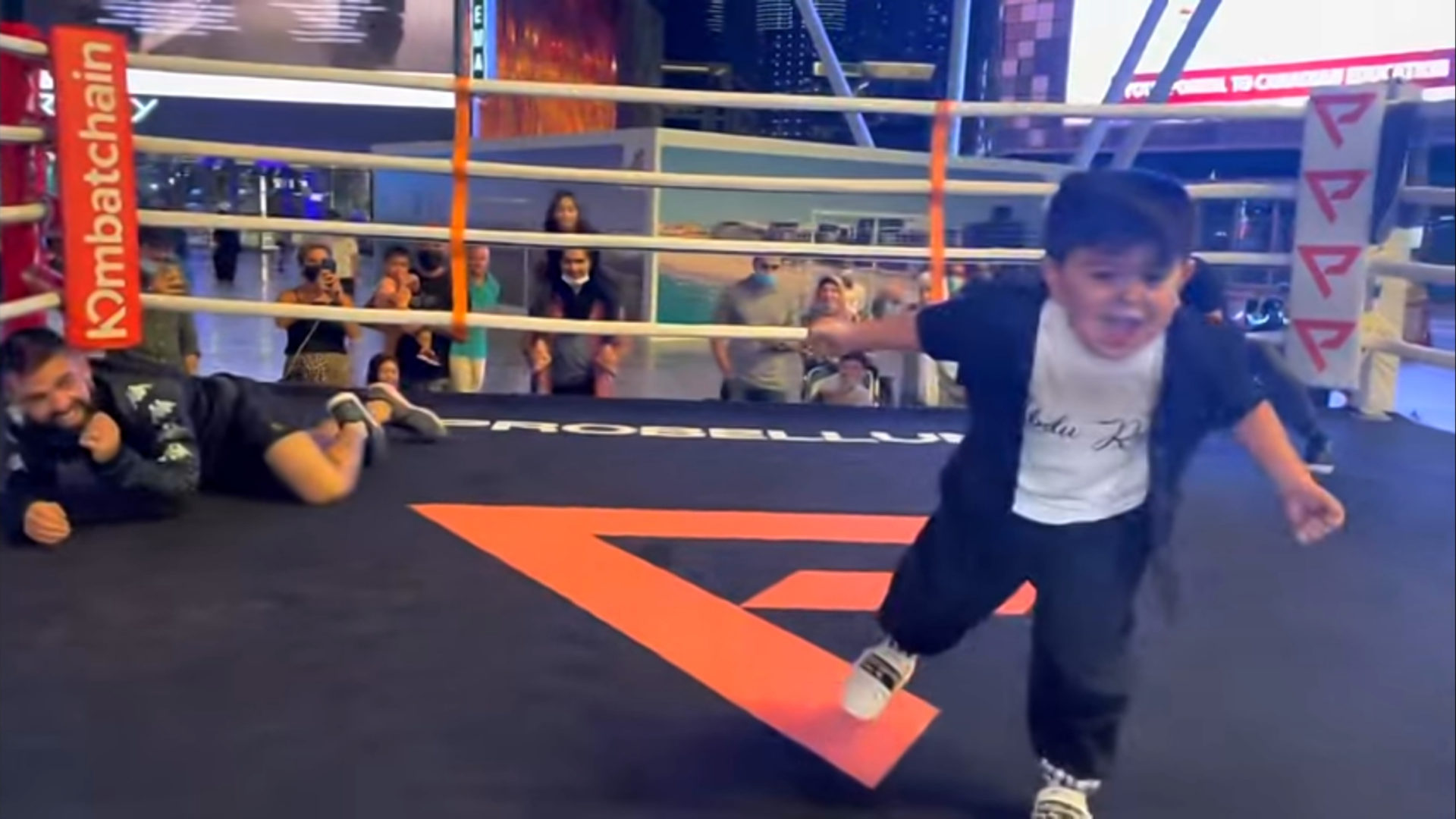 Internet sensation and former rival of Hasbulla, Abdu Rozik, was seen in Dubai as the guest of Probellum before their ‘historical fight card’ on the Coca Cola Arena this weekend.

Popular Tik Tok star Rozik jumped into the ring at the end of the public training session ahead of the fight to take on Carroll.

The two were pictured together with Rozik fighting Carroll who was kneeling and fumbling using both hands behind the back of his head.

Abdu Rozik has been famously known for his feud with another internet sensation Hasbulla Magomedov also known as mini khabib.

The feud between Hasbulla and Rozik will be there forever unless they fight each other. But it is pretty unclear whether they will fight or become influential personalities to promote the fight around the globe.