Top reasons why McGregor Vs. Poirier might be happening in the welterweight division 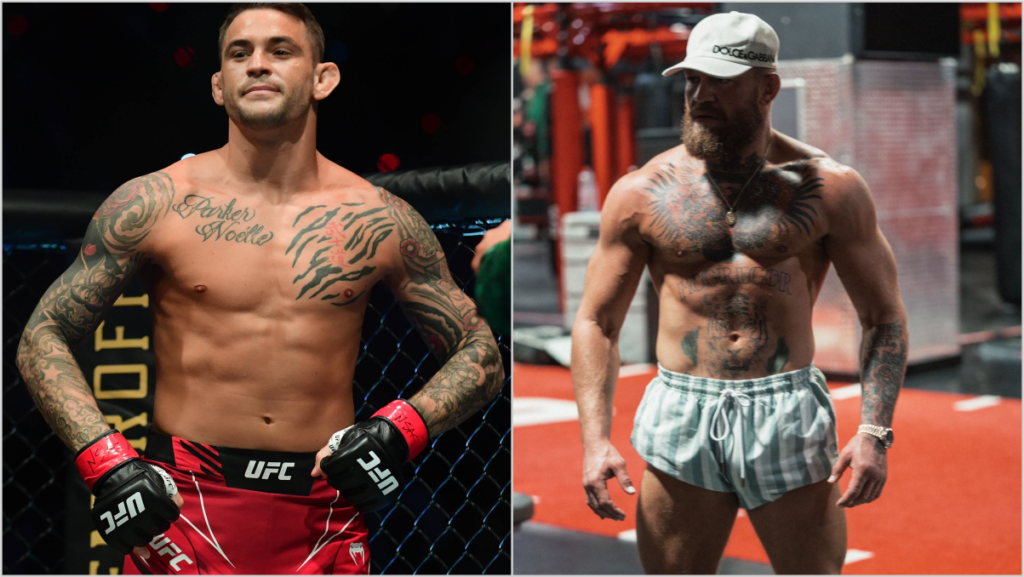 McGregor Vs. Poirier 4 is undoubtedly the most anticipated fight in 2022, and considering the level of trash talk that has been done and how UFC sells their PPV around Conor McGregor, No one can deny that this fight will happen.

Poirier and McGregor have fought three times, with Poirier currently leading the score by 2-1, and according to Dana White, they are planning to get Conor back in mid-2022.

Since their trilogy fight in July, We have noticed some signs that make us think this fourth fight will happen at Kamaru Usman’s division welterweight?

Conor has recently shared his bulked-up images. Also, his coach said he is walking around the middleweight. After that amount of gains, I don’t believe Conor will cut that, as it will weaken him.

Apart from that, Conor was always interested in moving to welterweight, and if he wants to move up, what better time than now?

For Conor, he has to fight him at welterweight I think that’s the weight class where we see him having significant power to KO Poirier.

Speaking in recent interview on RT Sports MMA, Dustin Said “I don’t know when that move to welterweight will be. But I’m pretty sure, I would say I’m 90% sure that before everything is said and done, that I will fight at 170 pounds in the UFC.”

What do we make of that statement? I think Conor Vs. Poirier 4 at welterweight is the real thing. They are just waiting for Poirier to win at UFC 269 so that they can move ahead with that idea.

#3 Welterweight bout will be more exciting

Definitely, Welterweight bout will be more exciting than the usual lightweight bout. People would love to see that muscular Conor showing his boxing skills.

Seems like both of the fighters are having a more exciting matchup in the welterweight than their current division.

Tell us in the comment box, What do you think of it and how you see this thing happening?