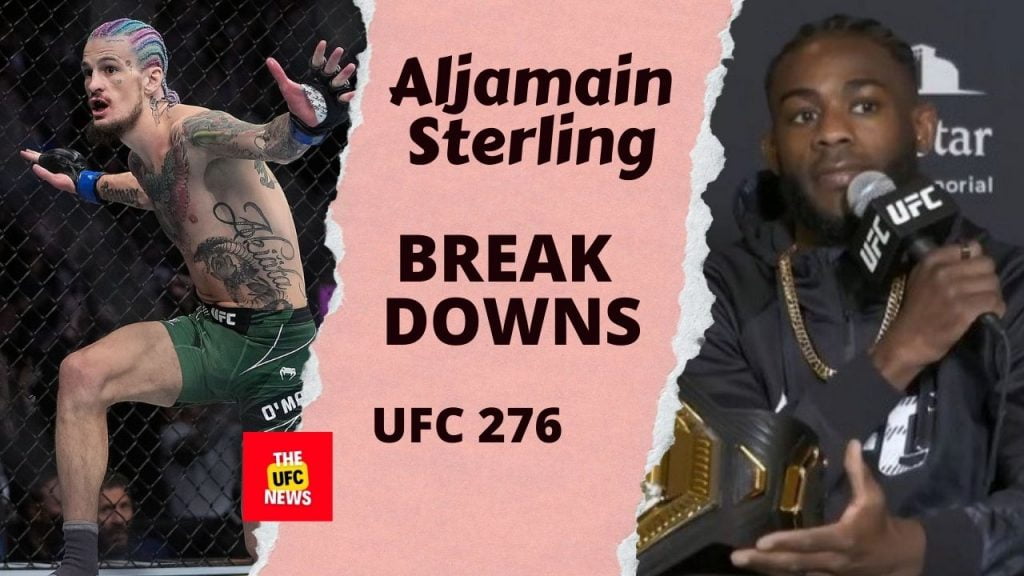 UFC Bantamweight champion Aljamain Sterling has reacted to Sean O’Malley‘s accusations of Pedro Munhoz wanting a way out because he was getting dominated.

On the UFC 276 main card, Sean O’Malley and Pedro Munhoz went on to battle. After an action-packed first round, the fight was stopped due to a unintentional eye poke by Sean O’Malley.

Many fight fans, including Sean O’Malley, accused Pedro Munhoz of over-dramatizing the eye poke as he was looking for a way out of the fight.

However, the bantamweight champ, Aljamain Sterling, likes to think another way. He believes it was O’Malley’s duty to control his weapons.

Speaking on his YouTube channel, Aljamain Sterling has weighed in on the unexpected ending of O’Malley vs. Munhoz at UFC 276.

“Unfortunately, Edward Scissorhands (referring to O’Malley) decided to snip out the eyeballs of Pedro Munhoz, Shame on you, Sean. Control your weapons, as they say. Know what you’re doing with those phalanges, and if you watch Israel Adesanya, he was putting a fist so that he wouldn’t poke [Jared Cannonier]. Even though I do think he got him one time.”

Sean O’Malley may need two or three wins before he gets his hands on the Bantamweight title. Who do you guys think O’Malley should face next? Tell us in the comment box below.