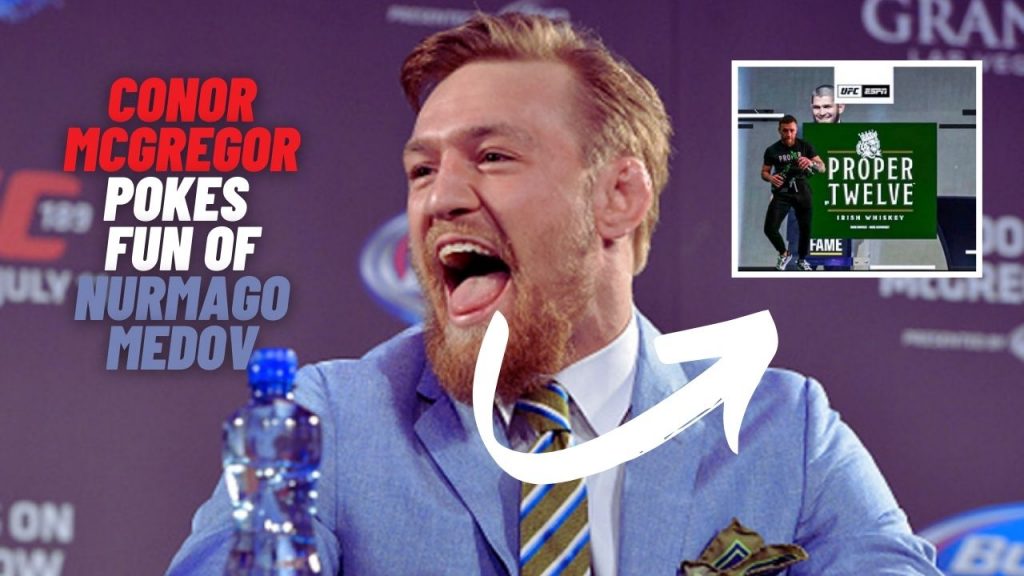 Global MMA superstar Conor McGregor did not like the hall of fame induction of his bitter rival Khabib Nurmagomedov. He also claims to own HOF induction.

The UFC Hall of Fame ceremony is one of the highlights of International Fight Week. The UFC inducted Daniel Cormier and Khabib Nurmagomedov this month.

On Tuesday morning, Conor took it to Twitter to make fun of Khabib Nurmagomedov. He shared a picture of him at the UFC 229 brawl.

In another tweet, Conor McGregor poked fun at Khabib Numragomedov by sharing a morphed picture of him where he was covered by a Proper No. Twelve Irish Whiskey banner.

Mcgregor aims to own HOF induction

Mcgregor has achieved far more than anyone could have imagined since joining the UFC in 2013. He believes he still has much more to achieve in the sport before getting into the HOF.

“Looking forward to my own hall of fame entry all the same, I’m a shoe in, First of everything. All the records. KO speed. Knockdown amount. KO’s most divisions. Financials. You name it. No rush tho I’m still in to bust noses open and put opps unconscious. A real goer.”

After a severe injury against Dustin Poirier, Mcgregor now seems to be recovered and training for his comeback. According to sources, Mcgregor is set to return by this December or early next year.