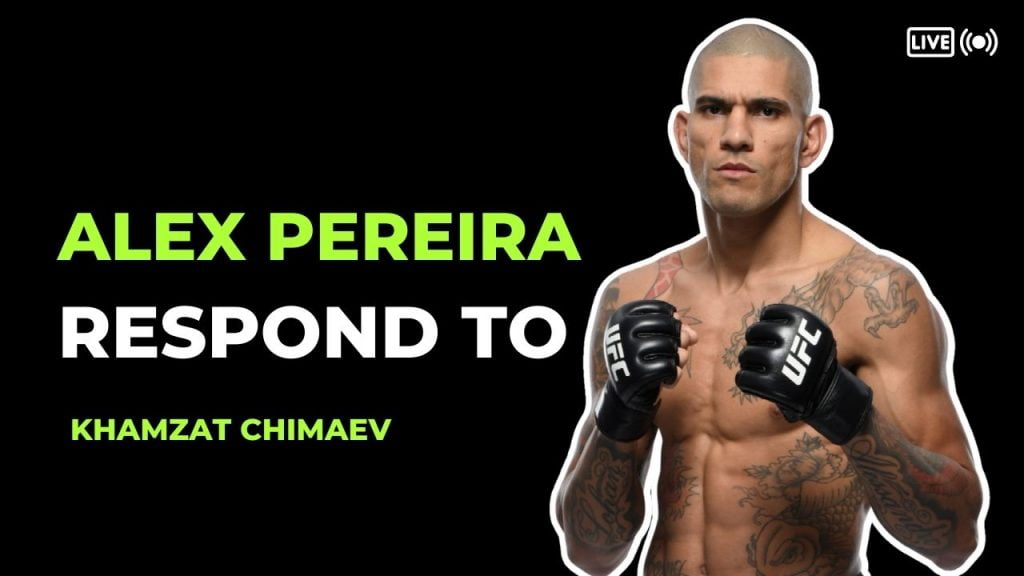 After his impressive victory against number four-ranked middleweight Sean Strickland, Alex Pereira seems to be enjoying his limelight.

Alex Pereira who have previously defeated Israel Adesanya twice in their kickboxing bouts. had an impressive performance at UFC 276.

Many fighters, including Jon Jones, were impressed by Pereira’s performance. The top-ranked welterweight, Khamzat Chimaev, took this as an opportunity to call out Pereira.

“Well, I’m gonna keep the same line that I always do, See what’s in front of me you know, what is ahead. Same with Sean Strickland’s fight. People were talking about Israel’s fight, and I say ‘Look, I’ve got this first.’ Right now, I’m gonna take care of my fight with Israel for the title, and then after that we’ll see about that.”

Alex Pereira is now comfortably seated in the middleweight division and will probably get the next title shot against Israel Adesanya. Thanks to his previous two victories in their kickboxing fights.