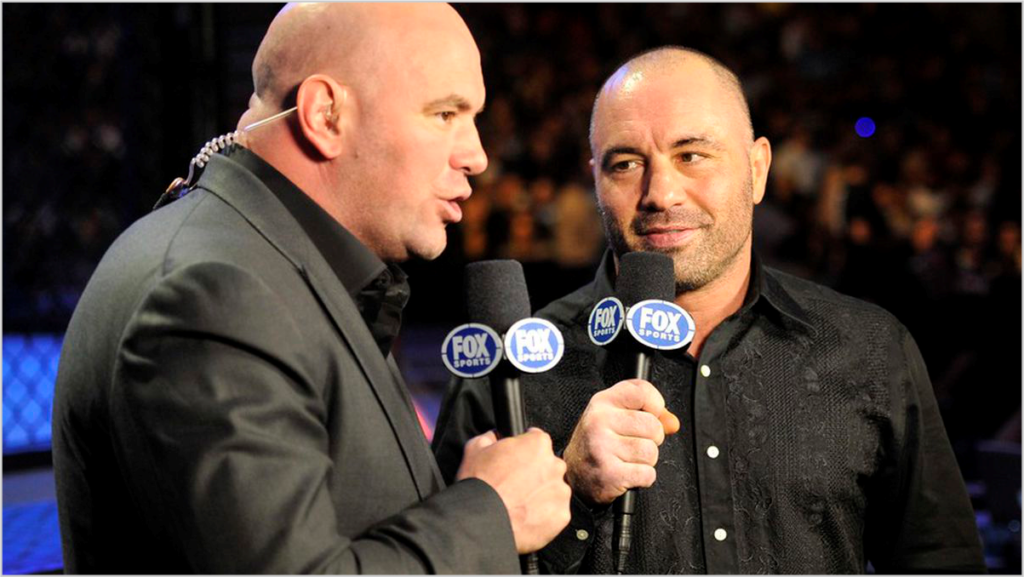 UFC president Dana White has come into the defense of Joe Rogan after him being alleged to spread misinformation about alternative therapies for Covid-19.

Recently, 270 doctors and scientists submitted a petition to put down Joe Rogan’s podcast episode, which they believe spread misinformation.

“I don’t want to get too political and start getting into all this s***,” Said Dana, “But ivermectin and monoclonal antibodies have been around for a long time. Now all of a sudden, you can’t dig them up to save your life. The doctors won’t give them to you.”

“Even when I did it here in Vegas when I had [Covid-19] right before Christmas, I made one phone call, and I was able to get it done. And that’s not some rich, famous guy s*** – anybody could’ve called and got it back then.”

Dana Added, “Now Rogan’s been talking about it, and I went crazy talking about it. You can’t get those things to save your life now, literally. It’s disgusting. It’s one of the craziest things I’ve ever witnessed in my life. And we’re not talking about experimental drugs or things – this stuff’s been around. Ivermectin, the guy won a Nobel Peace Prize.”

When a reporter asked Dana, are you a doctor? Dana replied, “You want to know what’s scary? You can get some pain pills quicker than I can get monoclonal antibodies. Not maybe, that is a fact. They hand out pain pills like they’re tic tacs. Monoclonal antibodies and ivermectin aren’t going to do anything to you. Pain pills kill you, fact, and I’m not a doctor, but that’s a fact.”