Dana White scheduled a meeting with Hasbullah, Says that they’d like to do something with him 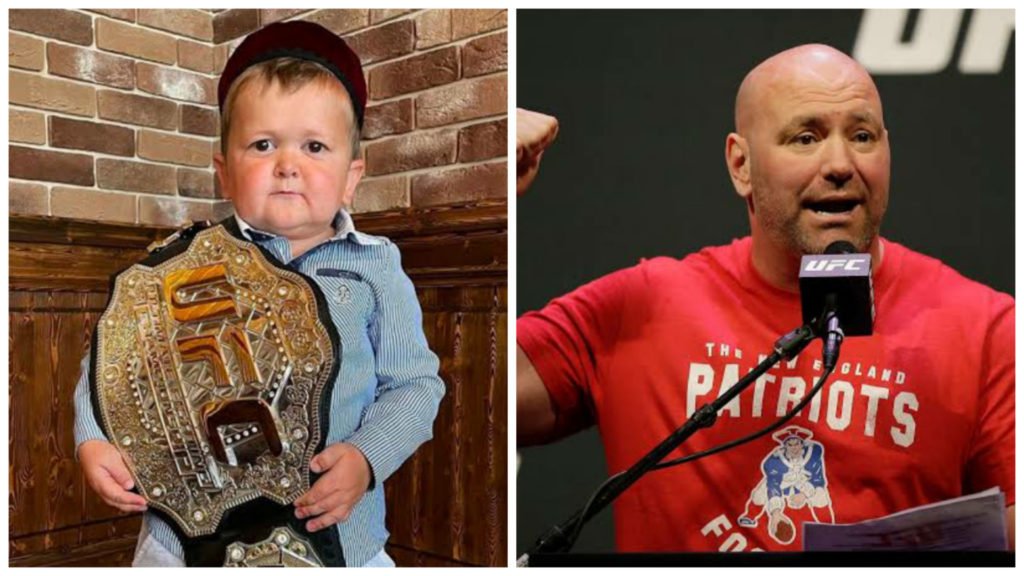 Internet sensation, also known as Mini Khabib has once again made it to the headlines.

It was already confirmed by Islam Makhachev that Hasbullah will be coming to support him in his fight on UFC 267 at Abu Dhabi. Since that Hasbullah has once again become the topic of discussion.

Following the internet trends, Dana also replied to Hasbullah’s msg to him, Dana also said he is also on his way and he will be meeting Hasbullah.

Aaron Bronsteter, MMA analyst and reporter at TSN Sports has reported that he is being told by White that he has a meeting with Hasbullah this week and since he can’t compete in the octagon, he has some other plans with him.

Dana White says that he has a meeting with Hasbullah this week. He jokes that he doesn’t expect that he will compete in the octagon, but says that they’d like to do something with him.

However, Dana has not revealed what they are going to do with Hasbullah, But we can expect a guest appearance in the octagon or a stare down with Petr Yan or Cory Sandhagen.