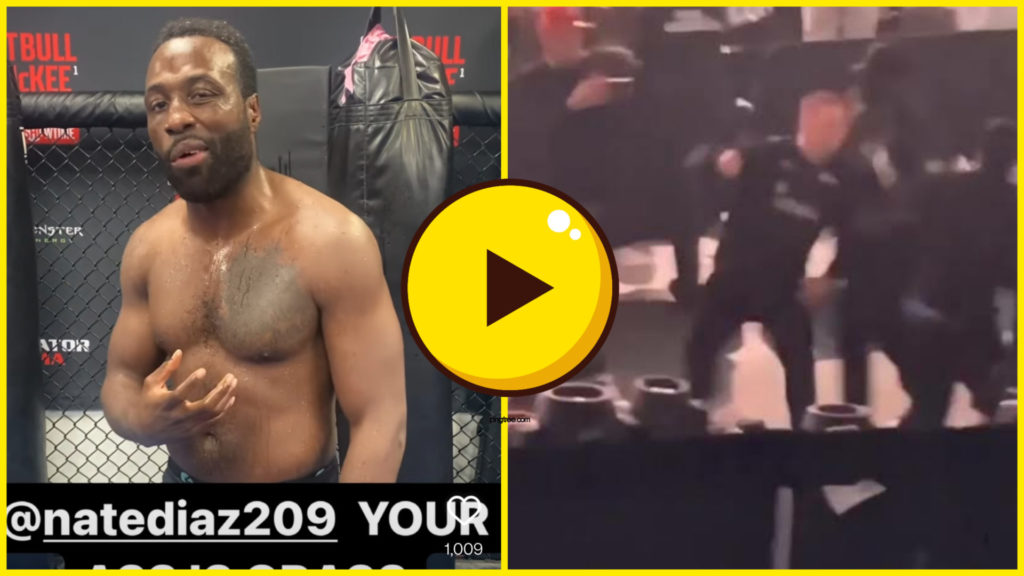 Recently Diaz’s flinch video went viral on almost every social platform. It has since been revealed that he was an American-based professional MMA fighter called Carrese Archer.

UFC President Dana White has also posted this hilarious incident on Twitter and prompted Archer to invite Diaz to a UFC fight.

In his recent Instagram video, Archer called out Nate Diaz for a UFC fight. He also claimed that he would knock him out in the first round only.

“Nate Diaz you are a bona fide Punk; when you see me, I won’t even paying attention to you,” said Archer in his insta video, “You trying to catch me off guard. You had police and security guard with you. I’m in the gym training for your weak ass. When I see you, I’m knocking you the fuck out. Dana White sign me for the one round that’s all I need, I’ll fight his ass for free, that’s all I need.”

Archer is said to be a good friend with Bellator light champion AJ McKee, and both men were present at the Paul against Woodley event to show their support for their training partner Anthony Taylor.

It was an awful evening for Archer and his squad when Taylor was defeated by a defeat to the former UFC fighter Chris Avila, who is Diaz’s training partner training at his Cesar Gracie JiuJitsu gym.