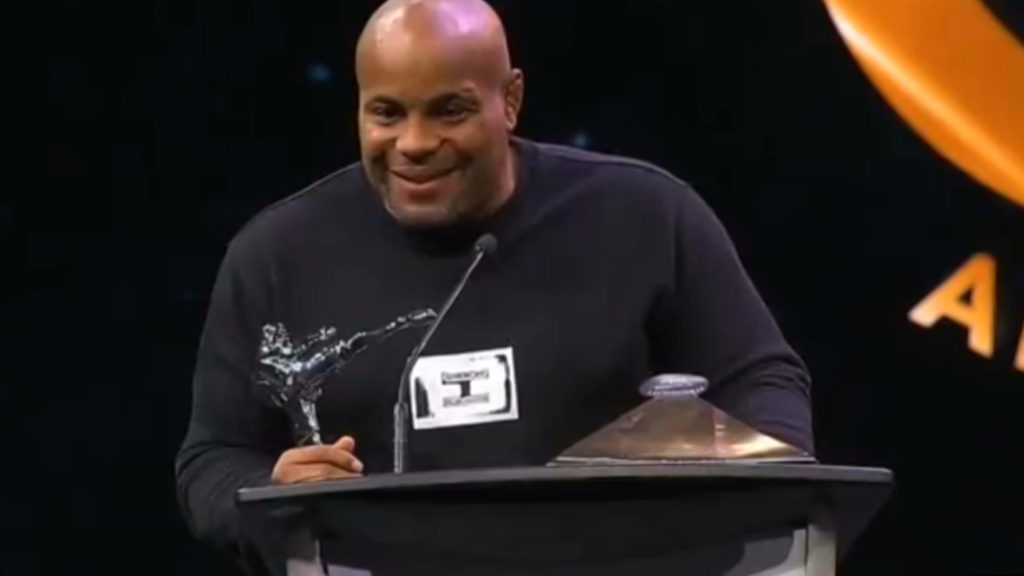 Former UFC Light Heavyweight and Heavyweight Champion turned commentator Daniel Cormier has been awarded the ‘Fighters Only’ magazine’s “Personality of the year,” award.

In his thank-you speech, Daniel Cormier has taken a shot at his broadcast partner Dominick Cruz. He said, “I appreciate the support. It’s Friday night, the fight’s tomorrow. So this one here is for my man Dominick Cruz. This is for Dominick Cruz’s a**, but I gotta get back to the hotel and get my studying done.”

Previously, he was criticized by Dominick Cruz for not doing homework for commentary and analysis.

Many fighters have criticized Cormier for biased commentary and speaking one-sidedly in his friend’s fights. However, Cormier has denied all of these allegations by asserting that he comments how he sees fight going.