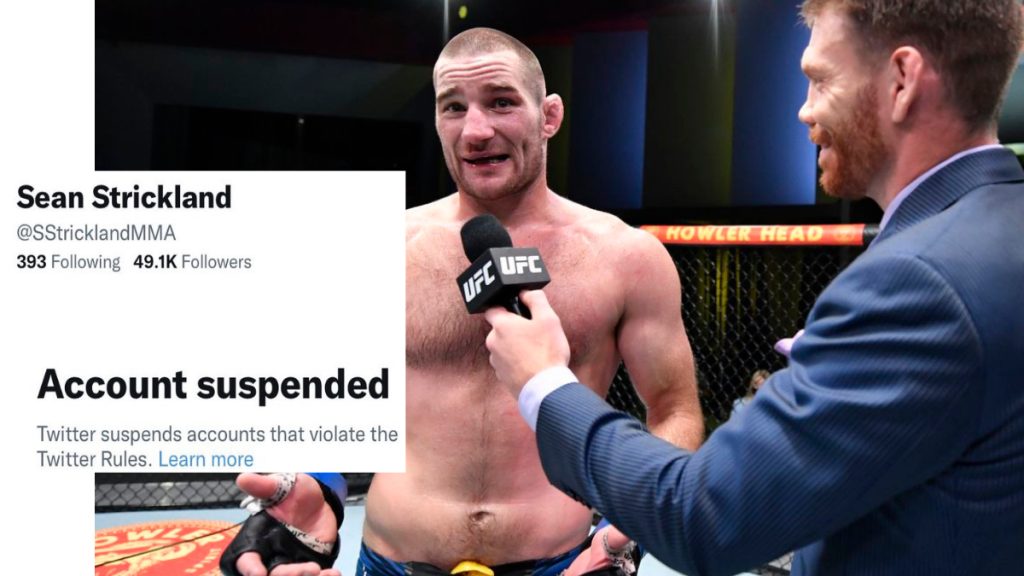 Sean Strickland is one of the most controversial MMA fighter on twitter. He has been tweeting many controversial things but his latest post took it too far which suspended his account.

Take his comments on homosexuality, criticizing the government or speaking on any matter which might be controversial has been a forte of Sean Strickland.

Recently he mocked people who pull out their guns while in a heated confrontation.

“I have a gun on me, you wouldn’t try to fight me, let me stop you there, I don’t try to fight anyone,If you run your mouth I give you an option to be a man and step up….If your go to is ‘grab my gun’ you’re a little bitch and the problem with the world. Pussy!!!”

Strickland did not stop there, He further mocked people of Germany and England for not having guns.

“I just gotta say countries that don’t have gun ownership [as] a human right really are pathetic, Germany hasn’t had a mass shooting, England doesn’t have mass shooting, blah blah you also don’t have fucking men either so enjoy it you nutless trannies. That is all goodbye.”

His recent tweet has potentially attracted twitter’s attention which has given him endless suspension.

Sean Strickland is scheduled to fight Alex Pereira at UFC 276, Potentially for the next middleweight title shot against Israel Adesanya.