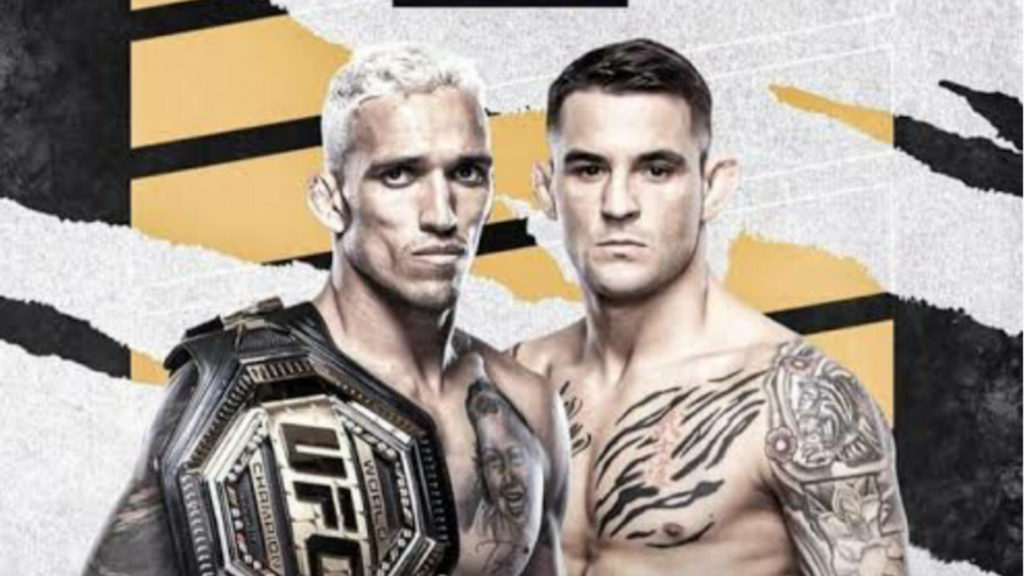 Charles “Du Bronx” Oliveira will defend his belt for the first time against one of the toughest fighter in the Lightweight Division Dustin Poirier.

Dustin fought Conor McGregor at UFC 264. Unfortunately, this fight was stopped due to serious leg break injury to Conor in round number one.

Charles Oliveira fought Michael Chandler for the vacant Lightweight Title. Where he managed to defeat Chandler by second round KO.

Actuaally, Dustin was waiting for Conor to heal up and get back in there to face him but Conor will not be able to compete untill mid 2022 due to his injury and that forced UFC to book Charles Vs. Dustin.

At UFC 268 Justin Gaethje defeated Michael Chandler in a crazy brawl fight. Which most probably secured him next title shot.

However, If Dustin wins and Conor come back then probably he will jump over the que to fight Dustin Poirier.

The UFC 269 event is scheduled to take place on Sunday, December 12 and is being held at T-Mobile Arena in Paradise, Nevadaden in New York.

UFC 269 main card will begin shortly after the end of prelims. Main card can be watched on BT Sport 1 from 4 am.

Dustin Poirier Vs. Charles Oliveira is estimated to start at between 5 am to 6 am on the sunday morning UK time.

How to watch Charles Oliveira Vs. Dustin Poirier in UK?

All the UK MMA fans can watch UFC 269: Dustin Poirier Vs. Charles Oliveira on BT Sport 1.

UFC 269 PPV can be watched through BT Sport’s website and mobile/tv app. EE Network used can avail free trial of BT Sport for three months. To activate the deal send SPORT to 150. You can also cancel your trial at any time you want.

The early prelims can be watched on UFC’s Fight Pass subscription.