Tyron Woodley Vs. Dan Hardy boxing bout is in the works 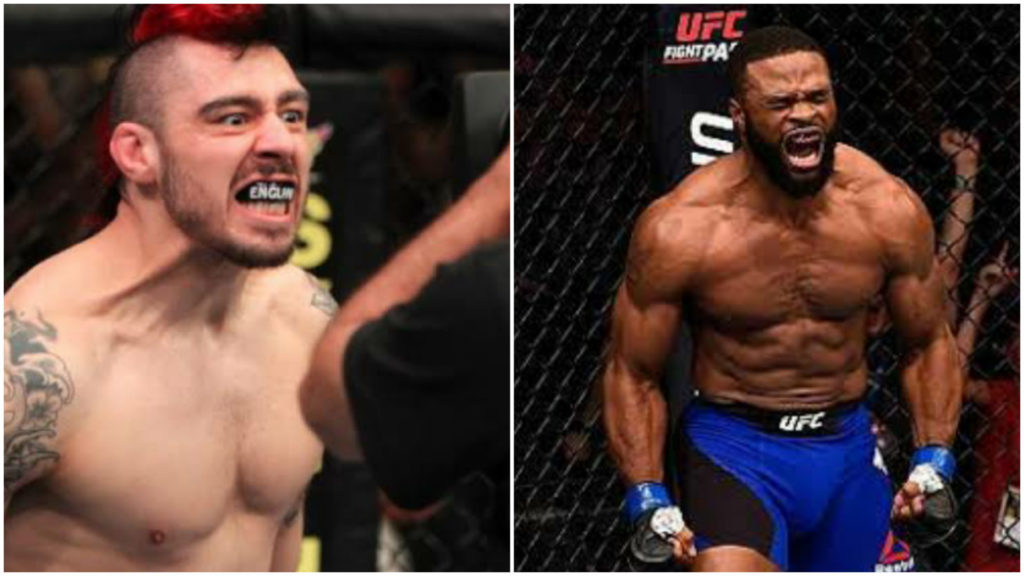 After failing to secure his rematch with Jake Paul, Tyron Woodley still have demand from UFC veteran Dan Hardy.

MMA Analyst Ariel Helwani, Mentioned in his Substack that Tyron Woodley Vs. Dan Hardy boxing match is in the works for spring 2022.

Dan Hardy is actively pursuing this matchup since Woodley lost to Jake Paul in August 2021.

Hardy even said that his contract is signed and all the terms and agreements are made, but Tyron is just not signing it.

“My contract is signed And I know that he’s got a contract sitting in front of him, and the deadline is approaching, and he doesn’t want to sign it. And I don’t know why. I don’t know what the deal is because terms have been agreed, money’s been agreed, date’s been agreed, rules and conditions, weight class, everything’s been agreed! But he hasn’t yet signed the contract. So you tell me. Tyron Woodley, why have you not signed it, Frozen One?”

Overall, it looks great matchup though, They both are retired and now they wanna earn some money without risking much. I think, Woodley should accept it. Specially now when he is not getting that Jake Paul rematch.

Tell us in the comment section what you think about this bout and also don’t forget to share this article.

Boxing News By THE UFC News