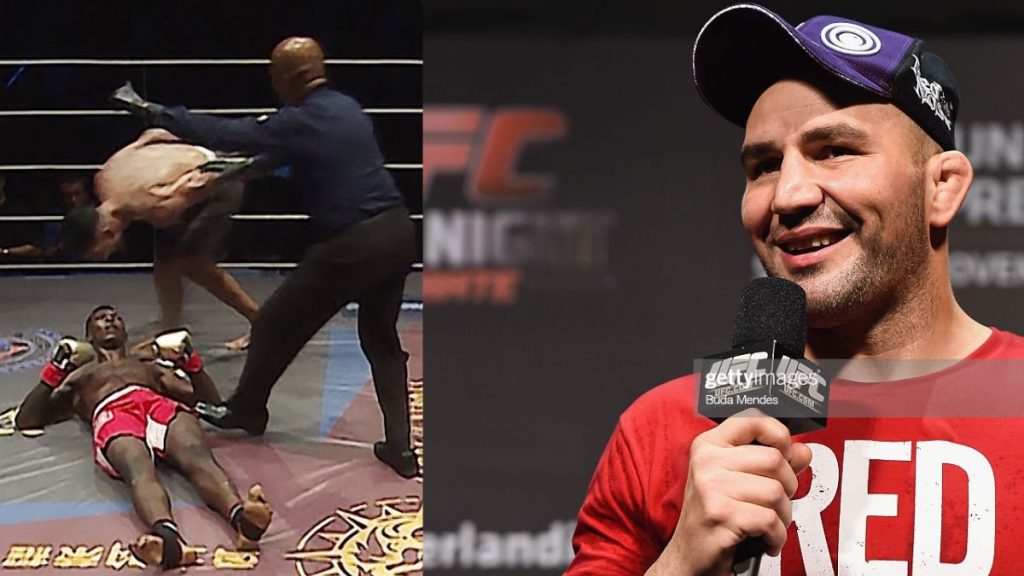 UFC Light heavyweight champion Glover Teixeira has praised his teammate Alex Pereira, He believes he is the best to solve the puzzle of Israel Adesanya.

Alex Pereira is famously known for knocking out Israel Adesanya in their kickboxing matchup. It was the only time when Adesanya was knocked out in hiscareer.

“It’s nothing, taking nothing away from jury, you know. I mean, far from Adesanya, you know. But I think Alex is getting ready for the sign when the first fight in UFC, you know.”

“I knew he was gonna climb the ladder. I already know because the style, style make fights, you know. And Alex getting better and better and better man. The guy is, the IQ, fighting IQ is so high… He’s so smart. You don’t understand this guy is a genius when it comes to fight man.”

Alex Pereira is scheduled to take on Sean Strickland at UFC 276, The card will be headlined by the Israel Adesanya and Jared Cannonier. Whoever winning this fight will be a potential contender for next title shot.