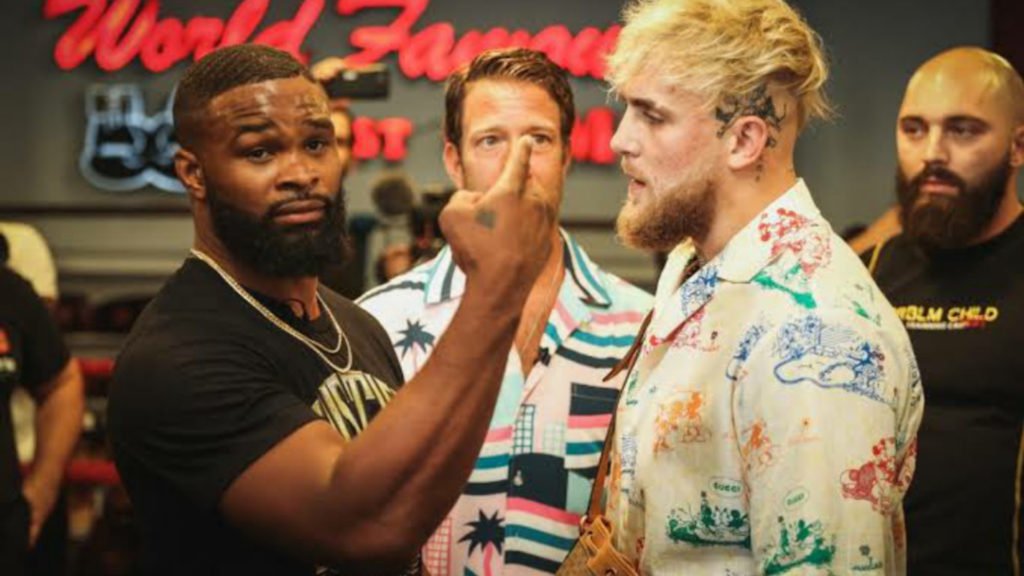 Tyron Woodley has been pursuing his rematch with Jake Paul since their post fight interview. He even did “I Love Jake Paul” Tattoo on his middle finger. But still Jake Paul does not seems to be convince to give him the rematch.

In latest interview of Jake Paul with TMZ sports Paul declined a rematch to Tyron Woodley, saying that “by the time he got the tattoo we had already moved on.”

According to Paul, It was too late when Woodley got that tattoo. At that time he was negotiating with Tommy Fury and already moved on.

He also said that people are not interested in seeing him fighting Tyron Woodley again.

“Nah. By the time he got the tattoo we had already moved on to fighting Tommy Fury and making that fight negotiation happen. I don’t really think the people want to see Tyron vs. Jake Paul again. He had his chance,”

Jake Paul is currently scheduled to take on Undefeated Tommy Fury in next month. If Jake beats Tommy then surely he will talk about fighting Woodley again.

But according to my prediction this fight will draw or Tommy beats him and give him the rematch.

Let us know in the comment section below whether you wouod like to see Paul Vs. Woodlye rematch or not.