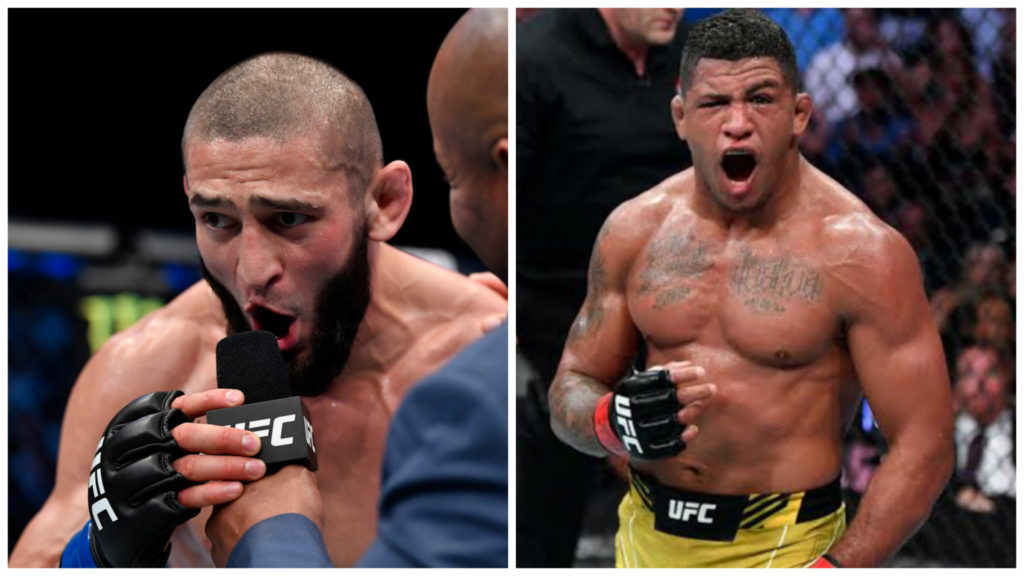 Khamzat Chimaev and Gilbert Burns seem to be agreed on a potential bout on April 9.

Chimaev was last fought at UFC 267, where he defeated Li Jingliang in a very dominating fashion. Since that, he has been calling out many top fighters.

After months of trash-talking and calling out many fighters, UFC has no opponent for Khamzat Chimaev.

Fans would love to see Chimaev taking on such high-level grapplers as Burns or Vicente Luke.