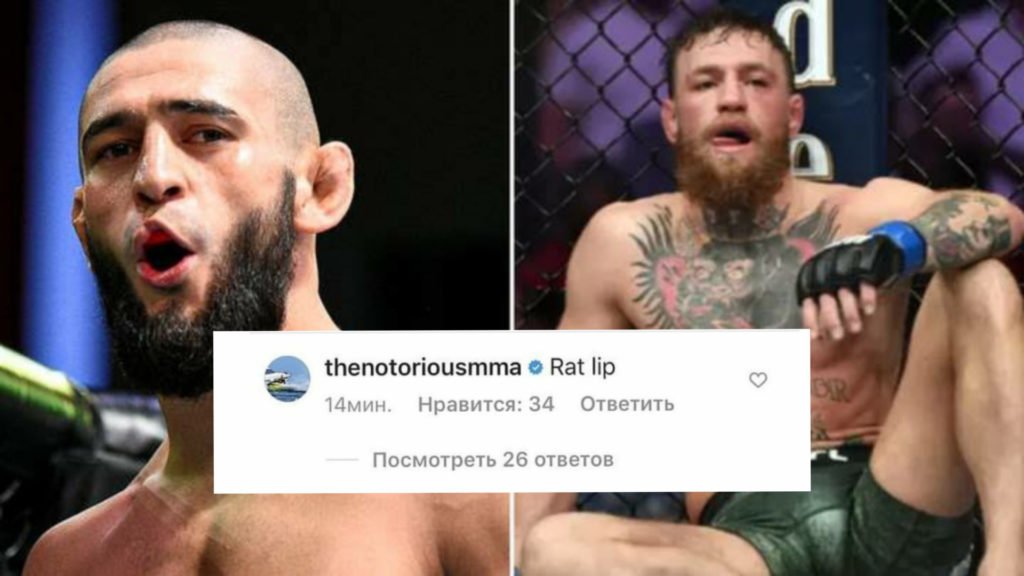 Since his UFC 267 win, Khamzat has been throwing on big names. Today in one of his tweets he called out the Irishmen Conor McGregor for the big drama show.

Nowadays, To make it to the headlines is calling out McGregor is the easiest possible way. Probably, I think Conor McGregor is most called out fighter of this era.

Khamzat Chimaev took it to the twitter to take a shot at Irishmen, He tweeted his and Conor’s image with “Let’s make Big drama show @TheNotoriousMMA.

There is a story out there, Where they are saying Khamzat Chimaev travelled to Ireland in 2018 to beat Conor McGregor.

However, Conor has not yet replied to Chimaev. It will be interesting to see what Conor says to Chimaev. Stay connected with us to get every update from MMA world.

Also, Let us know in the comment section, Who would you like to see fight Chimaev and Conor next?.