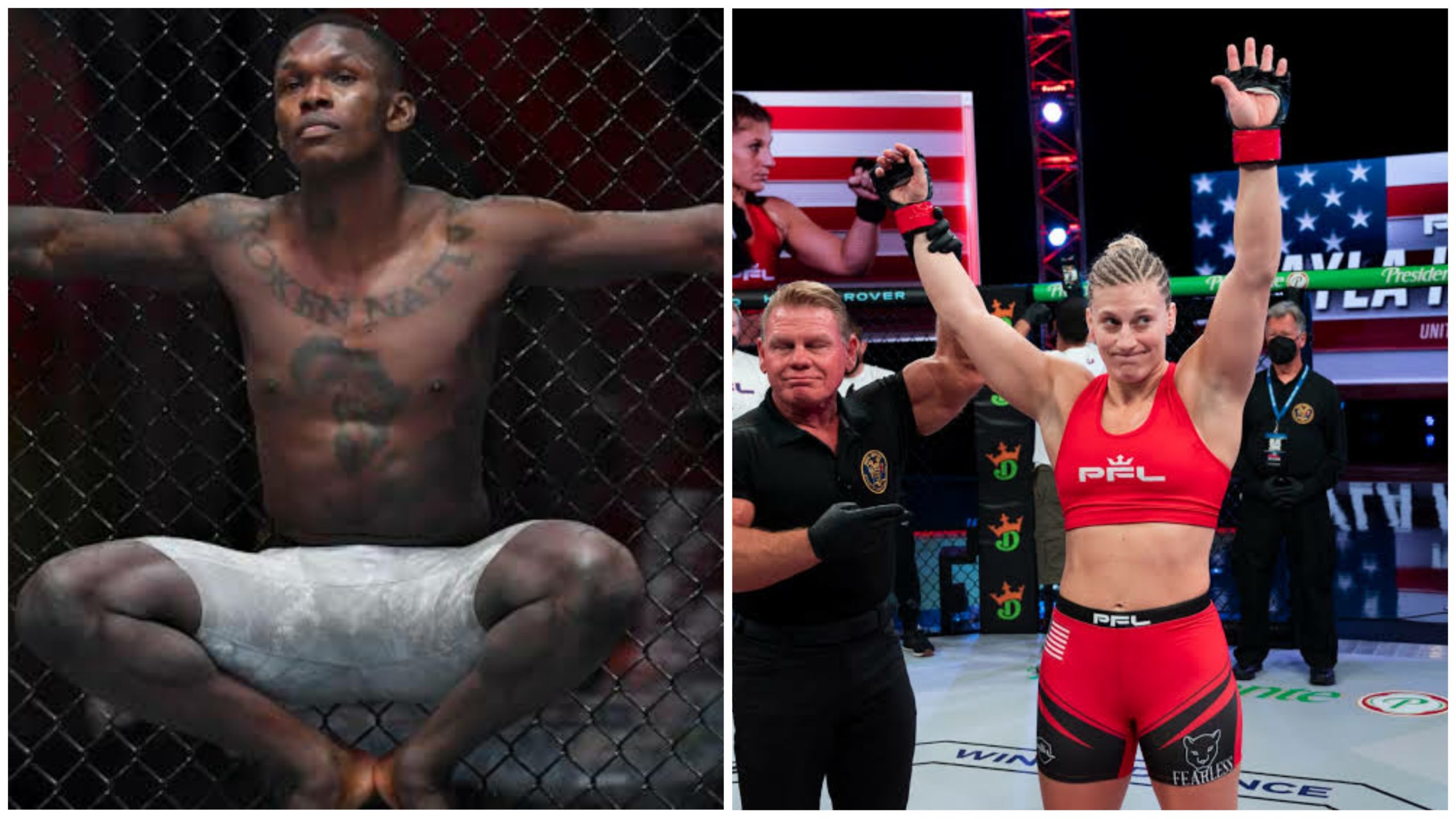 In the main event, we had 2019 PFL champion Kayla Harrison fighting Genah Fabian in semifinal for women’s lightweight division.

Considering height advantage of Genah, Many argued that Genah Fabian will be a problem for Kayla Harrison but proving them wrong kayla won this fight with ease.

Kayla Harrison defeated Genah Fabian by techniacal knockout in round 1, 4:01

In her post fight callout she took a jab at UFC’s Middleweight Champ Israel Adesanya.

listen, everyone keep saying have you solved the kayla harrison puzzle? how you beat her? blah blah blah.. Spoiler alert their is no freaking puzzle. I put you on mat and i mess you up!

She also continued to say…

Scientist! you kept talking about scientist all the scientist at silly kickboxing. IZZY couldn’t stop my takedown.

In her post fight interview kayla clarified on her statement she seems to have no beef with izzy. she said….

I’m just kiddin’, Izzy. Seems like a nice guy. But I mean, I would take him down, just to be clear.