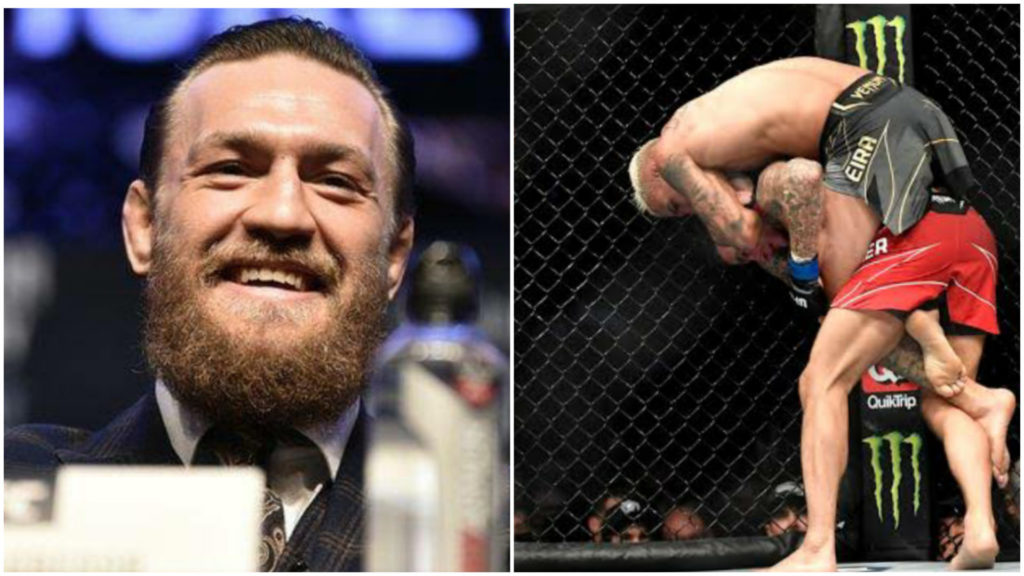 McGregor (22-6 MMA) and Poirier (28, 6 MMA) have a long history. In their previous three meetings, Conor was victorious in the first fight. Then in the previous two meetings, Dustin Poirier has successfully defeated Conor.

In July, Conor McGregor and Dustin Poirier fought in a highly anticipated trilogy bout at July’s UFC 264. However, the bout was cut short after Poirier sustained a severe leg injury.

After Conor was forced to withdraw from the Competing, Dustin Poirier was signed up to challenge Charles Oliveira.

Oliveira grabbed the vacant lightweight title by knocking out Michael Chandler in UFC 262.

In Tonight’s main event, ‘Oliveira Vs. Poirier’ produced one of the most bizarre opening rounds in UFC history. Dustin Poirier connected Charles Oliveira with a clean shot. He had him hurt, but in the second round, Oliveira dominated Poirier on the ground and finished him in the third round.

Conor took it to Twitter to react to his former opponent’s loss, and He also made fun of Dustin’s defense when he was on the ground.

“You lanky string of piss he got lumped around and got lucky twice. That’s it. Is what it is. Embarrassing night for him alright. That closed guard game. Wtf was that. Wow! Shocking. All good happy Sat night horse yupya it’s proper twelve day tomorrow 12/12. New Paddy’s Day!”

What do you guys think of Conor’s comments? Let us know in the comment section below.