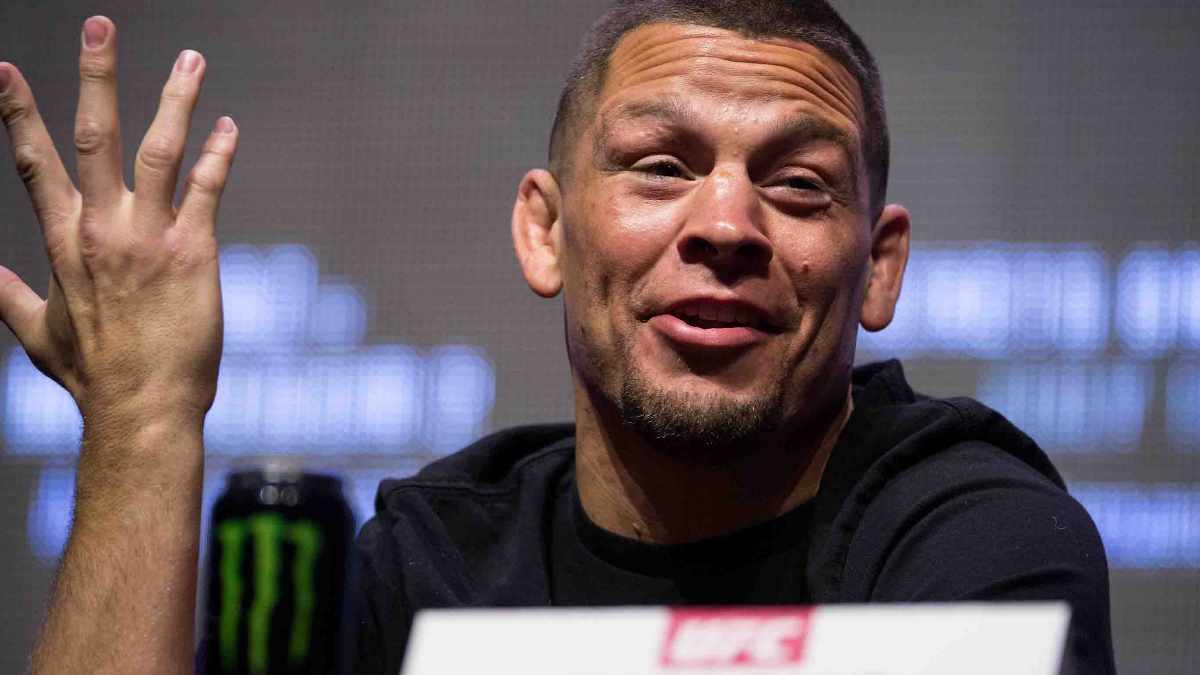 Nate Diaz poked fun at Jake Paul, He laughed off when a reporter asked him about his reaction on Paul claiming he could beat boxing GOAT Canelo Alvarez.

Speaking in his recent interviews with ES News, Nate was asked to react on Jake Paul claiming that he can beat Canelo Alvarez.

Jake Paul has announced date his next fight, He will be fighting on August 13th. His opponent is yet to be announced.

Diaz has left only one fight on his active UFC contract, Diaz is also willing to test himself in the free agent market. Where he could get his hands on Paul brothers.

Jake Paul has been calling out many UFC fighters. He has also defeated former UFC veterans like Tyron Woodley and Ben Askren.