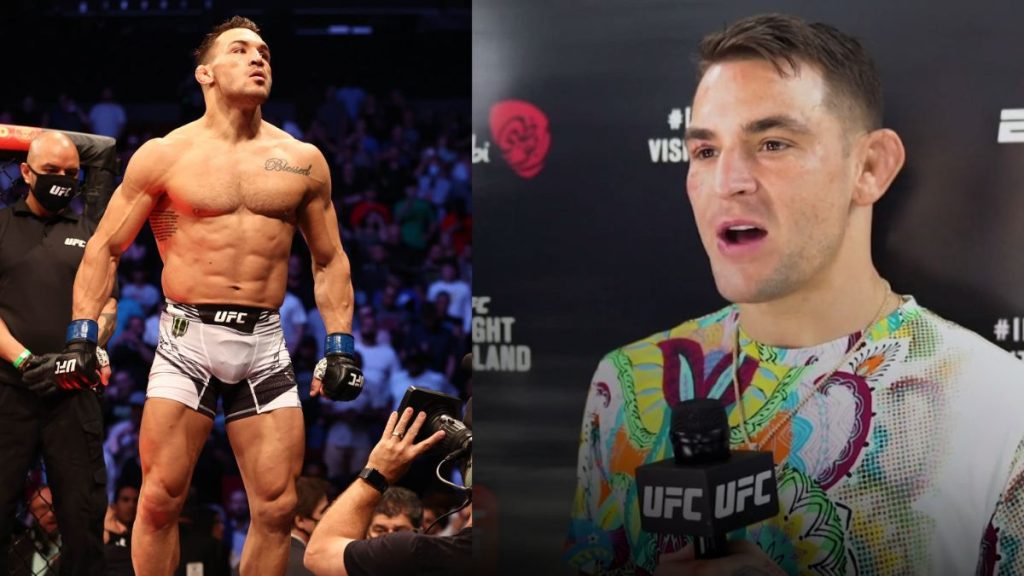 Dustin Poirier has shared his thoughts on Michael Chandler fighting him or Conor McGregor.

He believes Michael Chandler would have tough time against clean hitters like himself and Conor McGregor.

In his recent interview with Teddy Atlas, Poirier speculated on Chandler fighting him or Conor and he believes it would be tough for Chandler to stand against them.

“If you’re getting hurt by Tony Ferguson and dropped by (Charles) Oliveira, guys like me, guys like Conor, if we touch your chin, it’s gonna be bad,”

After his impressive victory at UFC 274, Chandler has been one of the most discussed fighter in media. His next fight is certainly going to be a cracker.

Who would you guys like to fight Chandler next? Islam Makhachev, Dustin Poirier or Conor McGregor?