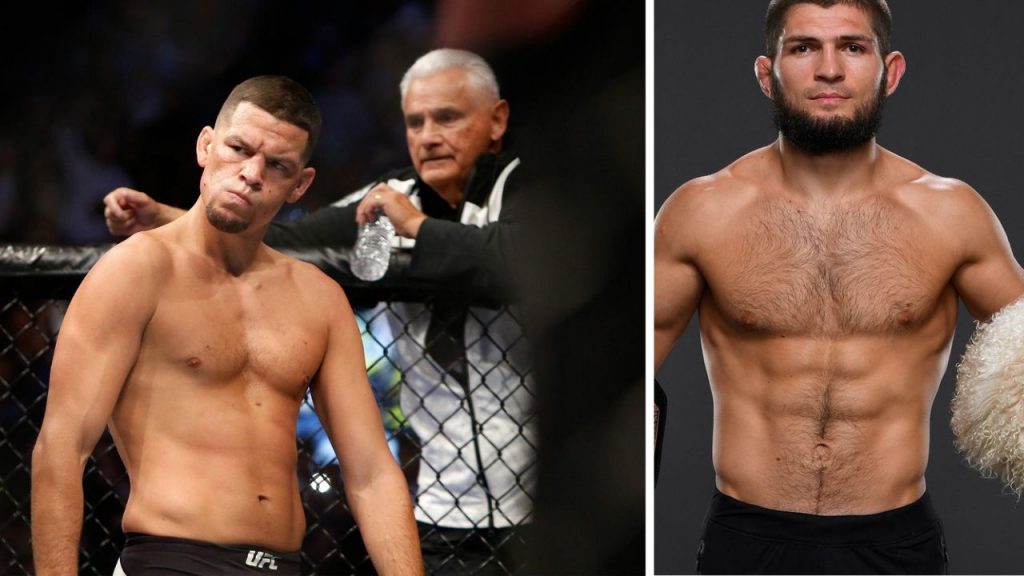 Nate Diaz has once again questioned the greatness of Khabib Nurmagomedov and called him a scared fighter who fought nobody in the division.

Since Khabib’s retirement, Nate has enjoyed trolling him and many times he has got a good response from the Dagestani.

Nate has left only a single fight in his UFC career, and he is been trying to get rid of it for the past six to seven months.

“Khabib’s a f**king little b**ch too. Khabib just was like, who did he beat for the title he got? Dustin Poirier, Justin Gaethje? They’ve both been finished off, over and over, the same way that he beat them. You ain’t no good. You are a scared fighter, scared of fighting the whole time.”

Although, Khabib and Nate never fought but have is a brief history of the feud between them. with the modernization of sports and the emerging trend of super fights, we might see this fight happening one day.