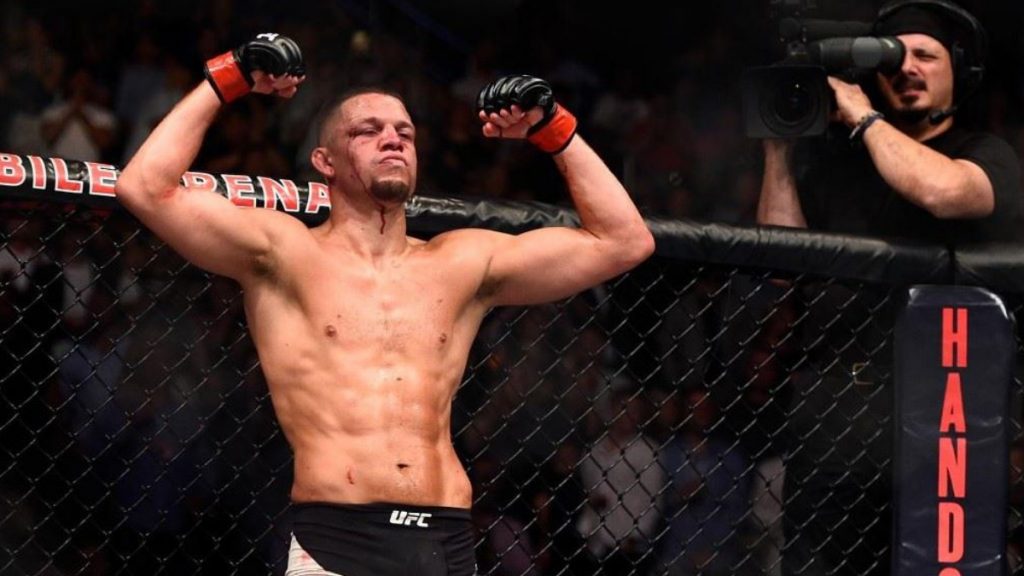 Stockton Native Nate Diaz has two big names in his mind who are worthy of being his next opponents.

Veteran Nate Diaz is currently in a very messy situation where he is not agreeing to fight any fighters being offered to him and UFC is not letting him get rid of his contract.

After losing a bout to Leon Edwards at UFC 263, Nate has been calling out UFC for getting rid of him.

He was also offered Khamzat Chimaev, Personally, we thought it was a good option. Chimaev’s wrestling is good but it is not as good as people or media talk.

We all know, Nate rejected the bout because of the bigger threat of being taken down and getting dominated by Chimaev.

Speaking on MMA Hour, Nate Diaz revealed his thoughts on what he is expecting from his opponent.

“The only worthy opponents they have here for me is f***ing Francis Ngannou or Adesanya, With all due respect, because I don’t even want to fight those guys. I like those guys a lot.”

“But if I’m going to fight anybody, it’s going to be somebody who’s done something great like those f***ers.”

Diaz has also accepted the rumour that he will be boxing Jake Paul after his last UFC fight. He believes there are a bunch of washed-up fighters whom he have been fighting for years so he wants to go out and come back whenever the division is filled up with fresh fighters.