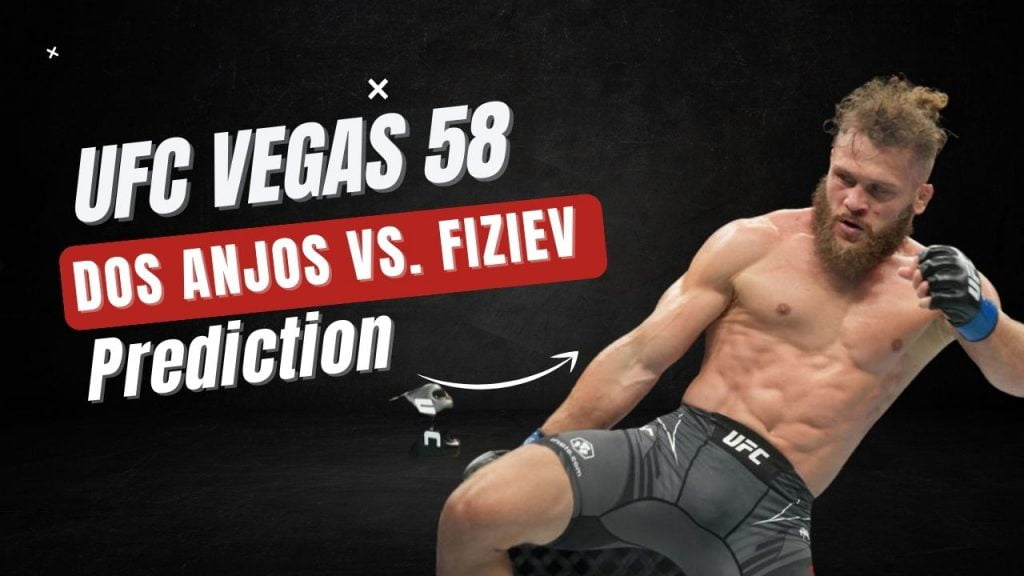 In this article we will be discussing UFC Vegas 58: Rafael Dos Anjos vs Rafael Fiziev Prediction.

Both fighters are in good form as Fiziev is riding a five-fight win streak and Dos Anjos has won his previous two fights.

Both fighters have a fighting dog inside them. When they get going, nothing can stop them, so powerpack action is guaranteed at UFC Vegas 58.

We believe Rafael Fiziev has just a few more weapons to finish the fight and RDA has a slight advantage in the ground game, but we assume Fiziev can defend well against all of those RDA’s takedown attacks.

At the end of the day, the striking volume and versatility in attack of Rafael Fiziev will be too much for former lightweight champion Rafael Dos Anjos.