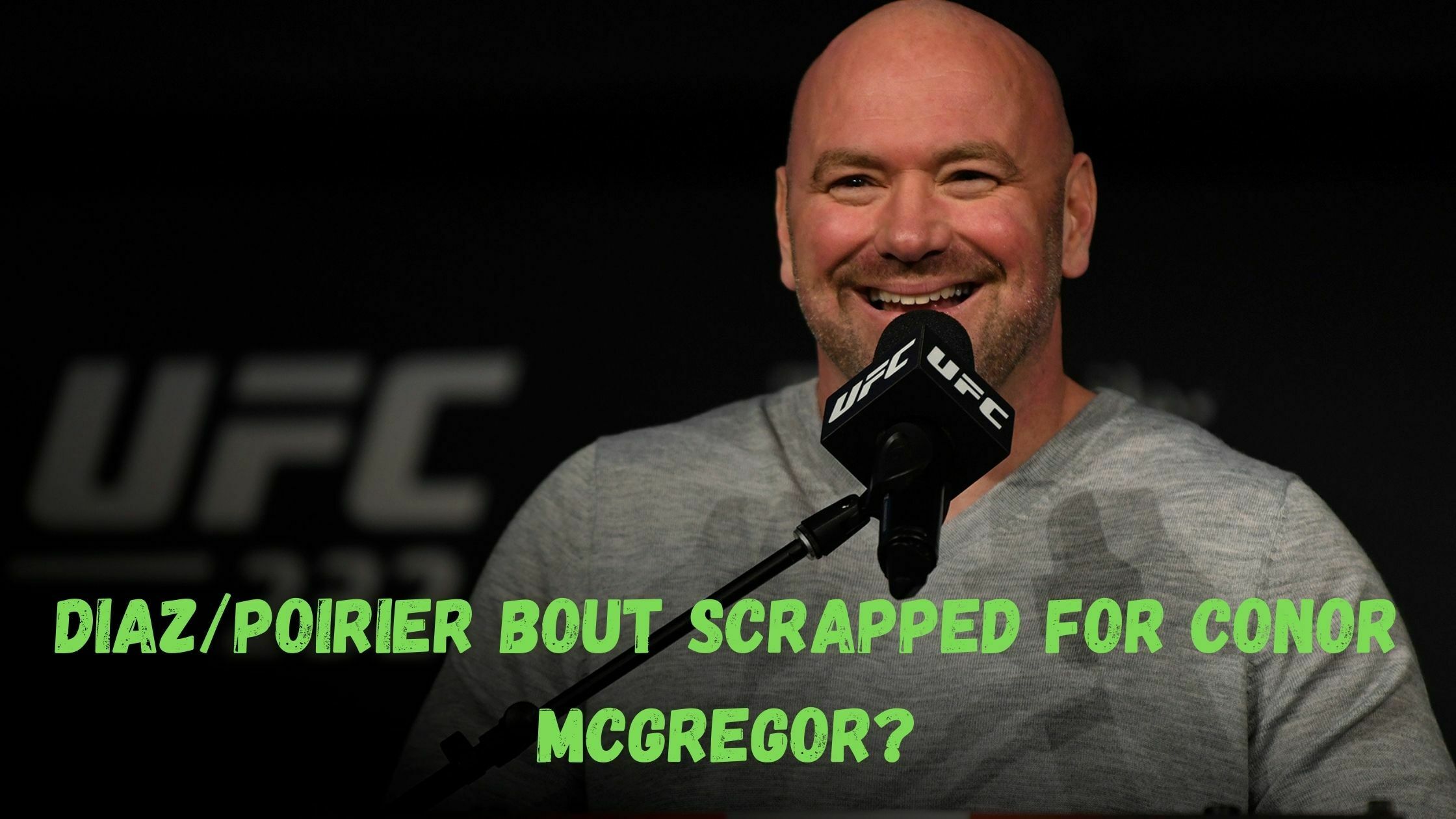 UFC President Dana White seems no more interested in booking Nate Diaz Vs. Dustin Poirier. Such a change in the tone of Dana has raised the eyebrows of many MMA critics and fans questioning whether this is for UFC’s global star Conor McGregor’s return.

It’s been more than three years of UFC trying to book Diaz Vs. Poirier. They were first scheduled to fight at UFC 230 in 2018, but Poirier pulled out of that fight due to an injury.

After Poirier’s defeat to Charles Oliveira, the hype and trash talk between Diaz and Poirier took over the internet by storm.

At First, Dana White openly suggested that the promotion would have no issue booking the contest if fans and fighters wanted to do it.

“Yeah, listen, if that’s a fight that they want and the fans want to see, we’ll do it,”

Fast forward to UFC 273, the UFC president has changed his tone and showed no interest in booking Diaz/Poirier.

When questioned if the UFC would be moving on from Poirier vs. Diaz, White said affirmative “Yeah,” thus closing down the belief of the Diaz/Poirier bout.

Is Diaz/Poirier being canceled for Conor Vs. Diaz trilogy?

The big question is whether Diaz/Poirier bout was canceled for Dana White’s privilege to Conor McGregor.

As for now, Conor is still preparing for his comeback, and if you are a UFC matchmaker, you won’t make him fight Poirier right away as one more loss for Conor would severely affect Conor’s stardom and PPV selling ability.

Instead, UFC would want Poirier to sit around while they do Diaz Vs. McGregor trilogy, and then the winner gets to face Poirier.

Apart from Diaz, who else would make a great matchup with Conor McGregor? Let us know your thoughts in the comment box below.