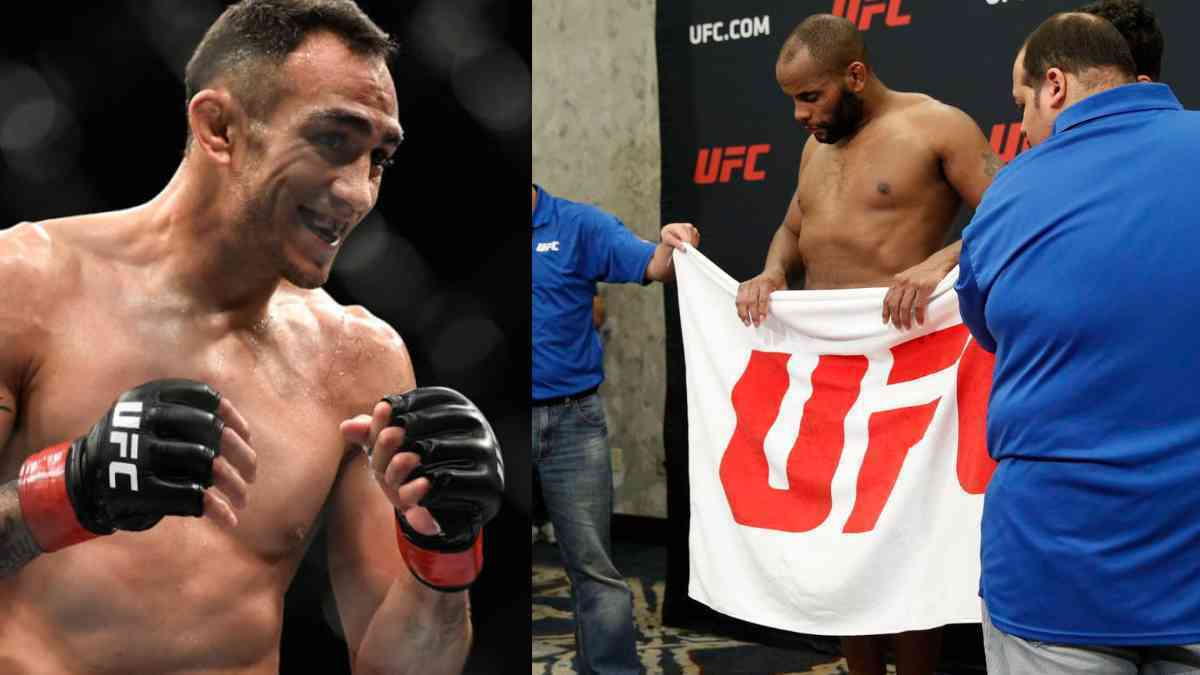 It seems like Tony Ferguson is not letting any space to Daniel Cormier. He took it to the twitter to expose DC’ famous towel trick. Tony also believed that Cormier should have been treated like Charles Oliveira.

This friendly feud was started when Daniel Cormier interviewed Tony Ferguson before his fight against Michael Chandler at UFC 274.

In a recent tweet, Ferguson wrote “How Not to Make Weight Ladies & Gentlemen. Shoulda Stripped Em’ Like They Did @CharlesDoBronxs Shout Out To All Those Doin’ It Right & Keepin’ The Sport Clean”

At UFC 210, Daniel Cormier rested his hands on held towel for which many people accused him for misusing towel to make weight.

Daniel Cormier also responded back to Tony’s tweet, He was seems to frustrated by the comments made by Tony. Cormier pleaded Tony to take some time off and recover from his recent KO loss to Chandler.

Tony please stop. Go and sit back for a little, tuck your head in a hole somewhere. Regroup man , recover spend some time with your family. Like just please stop! I plead with you. It is not a good look. Like you’re making me sad.

Tony is currently riding of four fight losing streak. He looked great against Michael Chandler, He was winning the fight at the end of first round but unluckily he got caught by Chandler’s wild front kick.