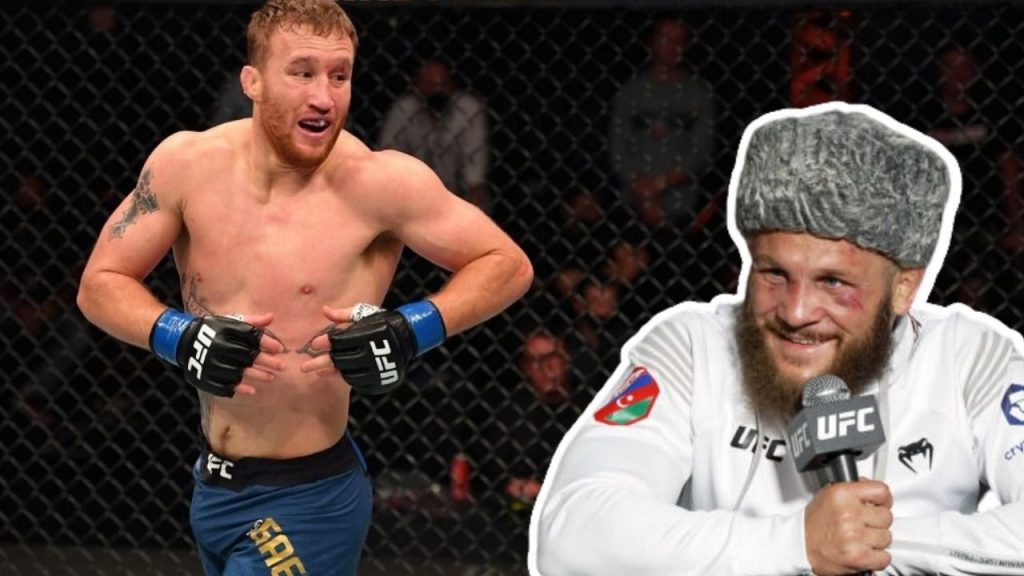 Rafael Fiziev has not wasted any time in caling out top lightweight Justin Gaethje after his recent win over Rafael Dos Anjos.

With his tonight’s victory, Rafael Fiziev (12-1 MMA, 6-1 UFC) He’s currently enjoying a six-fight winning streak and believes that’s why he should be facing a top lightweight next in his career.

Speaking to reporters after UFC Vegas 58, Rafael Fiziev has laid down his thoughts on what should be next for him.

“Yeah, you know I want to fight with Gaethje, Gaethje, if you want to fight, one more yellow guy with yellow hairs (Charles Oliveira), we need to know who’s best.”

“That’s a good match for you and me. If you’re ready, and you’re not scared, don’t talk sh*t and let’s go.”

With tonight’s win, undoubtedly, Fiziev has established his space in the division where he can call out big names.

Fiziev is currently in the midst of a winning streak of six fights that includes famous names like Bobby Green, Brad Riddell, Renato Moicano, and the past UFC champion in the dos Anjos.

Fiziev has never lost throughout his professional MMA career, falling just short of his UFC debut in the year 2019.