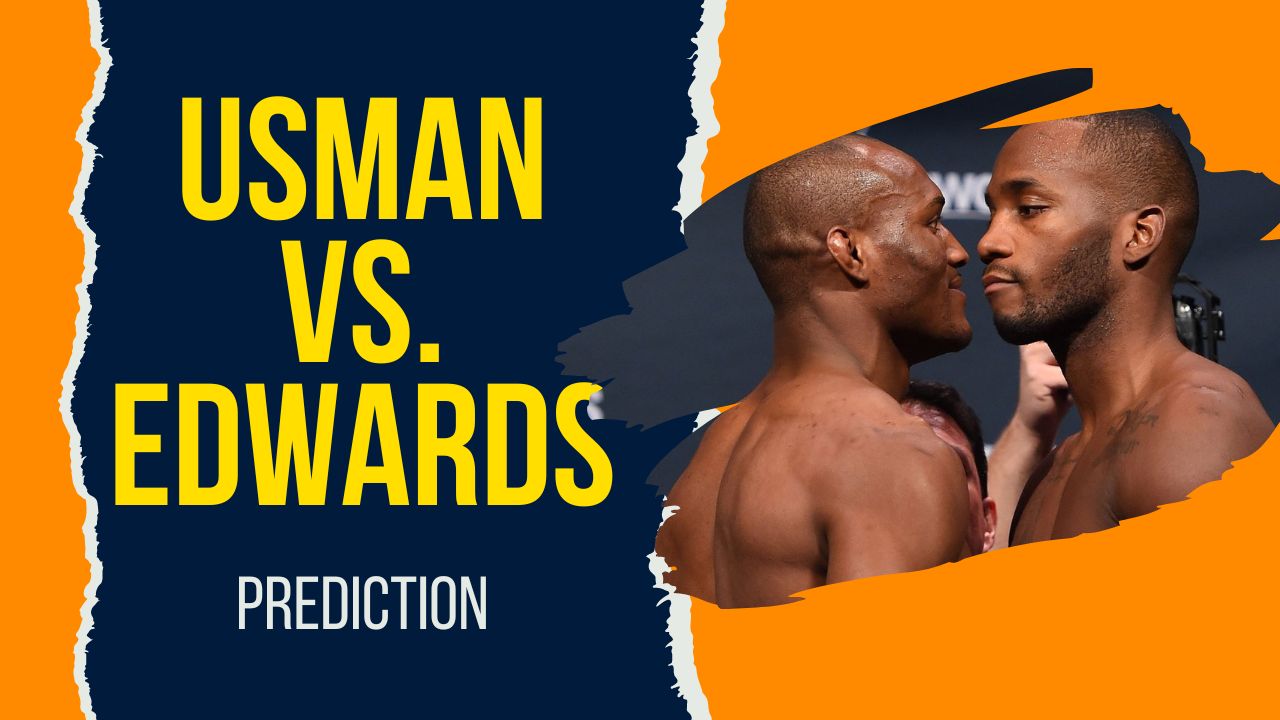 This weekend at UFC 278, Kamaru Usman will defend his title for the sixth time against much better boxer Leon Edwards.

Both Fighters have fought in the past, but it was long ago. But, both fighters have improved a lot since their first bout.

One thing is sure this time it will be much more competitive than their last fight.

Kamaru Usman is on a 19-fight winning streak and Leon Edwards is on a nine-fight win streak. Kamaru Usman has already defeated half of the division and he is getting better with every time he is fighting.

Yes, Kamaru Usman has momentum with him but if we compare the chances of Usman’s previous opponents beating him, we think Leon Edwards has a potentially high chance of defeating Usman.

Leon has fought him in the past and he has also improved his wrestling. He trained at AKA with Khabib Nurmagomedov, Luke Rockhold & Daniel Cormier.

So, if anyone thinks that Usman will just wrestle and dominate Edwards. That’s not going to happen, Usman might land some takedowns but he won’t be holding him.

If Leon Edwards can defend well against takedown attempts of Kamaru Usman. He might pull out one of the biggest upsets.

What we think is Kamaru Usman can win this bout on the ground only, we don’t see him winning the striking battle with Leon Edwards.