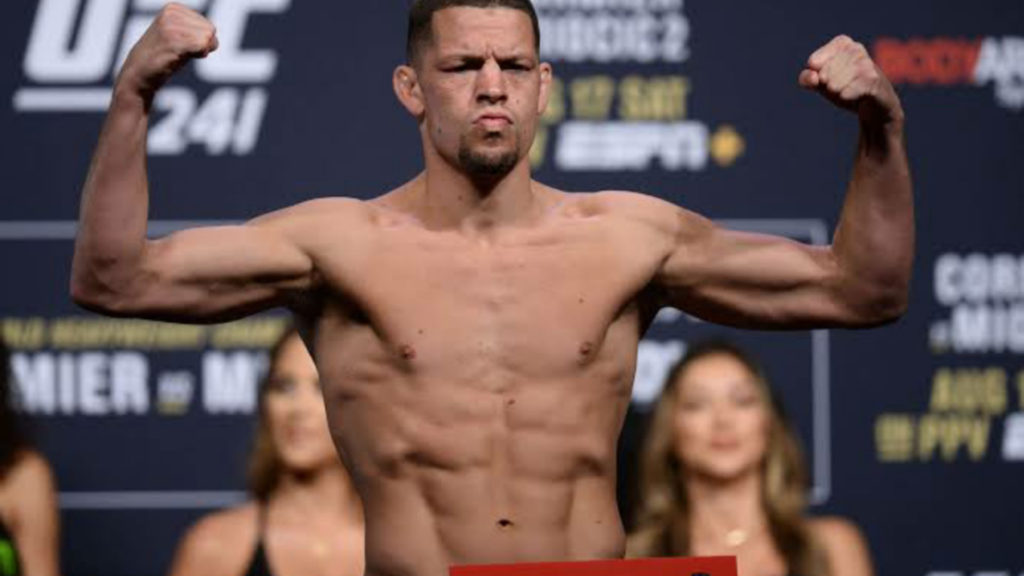 It’s hard to believe, but Nate Diaz has left only one fight on his current UFC contract, and it is uncertain whether he will be retained or not by UFC.

Nate Diaz is undoubtedly one of the most famous names on the UFC roster. He has last fought Leon Edwards and almost won that fight in the last second of their fight.

Considering the fact, People are still interested in watching him, we have made a list of four fights that can serve West Coast Gangster Nate Diaz in his last fight on contract.

Considering their history and trash talk over social media has set the perfect background for this trilogy to happen.

They both have one win over each other and should be fought a third time to settle this once for all.

This will also perfect comeback fight for Notorious one and will be the biggest PPV for UFC without any doubt.

We know Nate has already declined this fight, but Considering the hype behind Khamzat, we are 100% sure this PPV would beat the record of one of Conor Mcgregor’s top five PPV.

After Conor McGregor, this is the possibly biggest fight for Nate. Competition wise Khamzat will be too much for him, and that’s why we understand him rejecting this potential bout.

This would be another cracker. The amount of trash talk they both would do is just unimaginable.

Colby is currently pushing for Jorge Masvidal’s fight, but if he does not recover from his injury, Nate Diaz would be a real fight for him.

Nate Diaz Vs. Tony Ferguson at catchweight is also a good PPV headliner. Since they are in different weight classes and it will be hard for Tony to go up in the division, a Catchweight bout is the best thing for both fighters.

Who do you guys want Nate Diaz to fight on his last fight on the contract? Let us know in the comment box below.