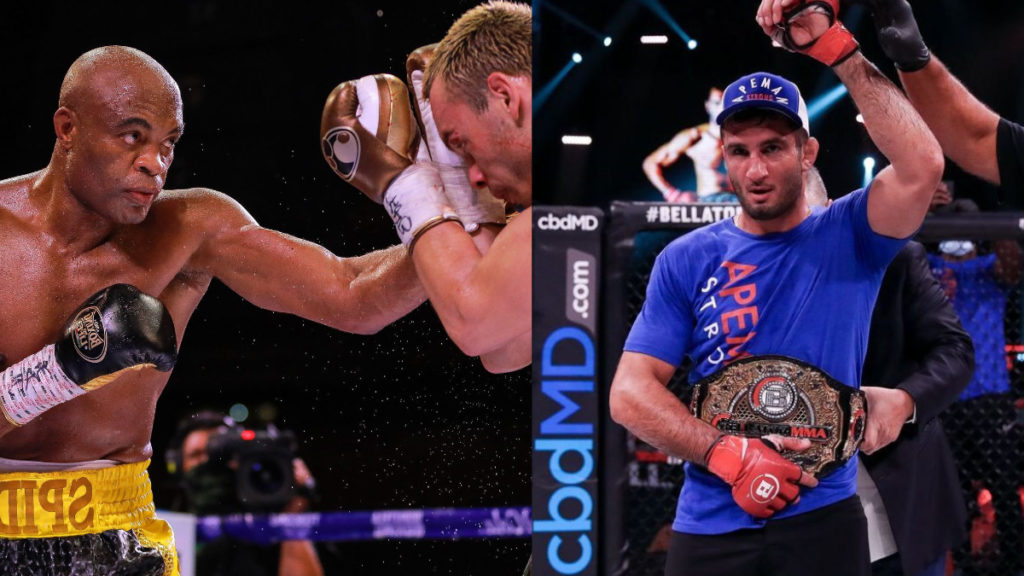 Gegard Mousasi started with UFC and is currently holding the middleweight title in Bellator. After a very successful career in MMA fighting, he wants to make the transition to boxing.

Mousasi is currently scheduled to defend his Middleweight strap against Austin Vanderford, the husband of Paige VanZant.

Speaking into the media scrims, Mousasi made a statement on his future plans in boxing.

“We were aiming for Anderson Silva because of Showtime and boxing, and he was boxing; I wanted to do something different, but I don’t know. I want to do it, but it is up to them. Boxing because MMA [he] is a bit too old. Boxing, he is doing well. He beat a former champ, I think. And I think it is something different. Or they give me another fighter, a boxing fighter, but I think Anderson is a bigger name.”

Anderson Silva is an MMA GOAT who has lifted the sport to the next level with his skills and dominance. Now, with wins over Julio Cezar Jr and Tito Ortiz in his boxing career. He is replicating that in the boxing ring.

However, There was a time in UFC when Mousasi and Silva used to fight under the same division, but sadly they never crossed each other’s path.

They had common opponents in their UFC career, which makes it interesting if they were ever scheduled to fight in a boxing bout.