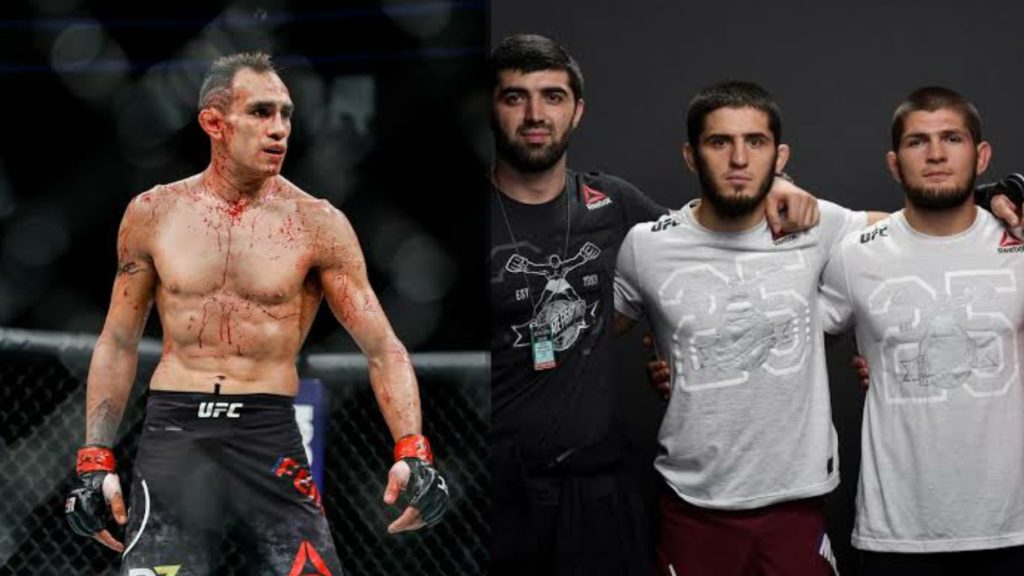 Tony is among one of those fighters who despite having fighting caliber has never made it to that UFC gold.

Although, he was interim champ but it’s not as real as that main belt. Before losing to Justin Gaethje in title unification bout, he was on incredible 12 fights winning streak.

Khabib and Tony were scheduled 3 times to fight and unfortunately all the time it was cancelled and now that khabib is gone we have missed one of greatest matchup ever.

But tony still believes he can make it to the top and force khabib to come and face him.

In his recent feud with khabib & islam makhachev’s manager tony is once again taking dig at these dagestani boys.

According to Ali abdelaziz tony turned down an short notice fight against Islam at UFC 267 which is now offered to Dan hooker. Checkout below embedded tweet from Ali & reply from Tony ferguson.

Ali accused tony of ducking his boys & turning off his phone to get rid of Islam’s fight. Ali also called him washed up fighter and not on the level of khabib & islam makhachev.

We Were Right Here Working & Getting Ready Ninja. Your Drunk Off Ego Ali, What Was Real Reason For Your No Show At Olympics? Bet You Made The Same Call For @TeamKhabib At UFC 209? Stick To Brainwashing Your Clients & Converting Them Ya Snitch. I’ll Out Work Your Dagi Boys Anyday.

I can understand tony not taking islam fight on such a short notice. I mean we have seen how Charles oliveira and Beneil dariush took him on ground and he looked helpless.

Right now tony is at such a situation that if he loses one or two fights, UFC might consider cutting him of the contract.

However, tony is training and preparing for his comeback fight. He might get RDA or loser of Hooker vs Islam or anyone ranking below him.

It’s crazy but with just one or two wins I see him right up there standing for title shot.

With all that being said that’s it for this article. If you like it please consider subscribing and sharing the article.