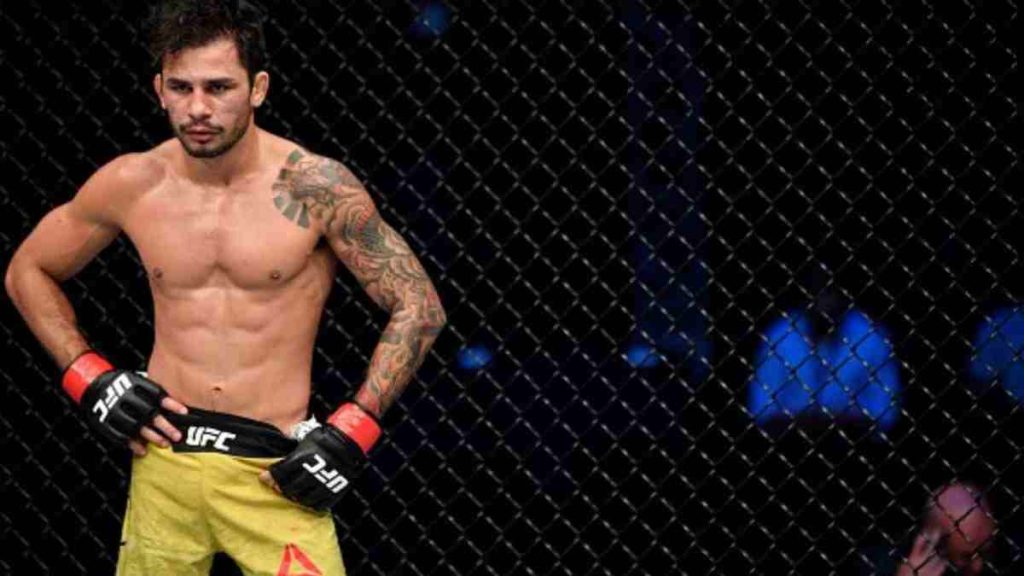 Alexandre Pantoja MMA record is 24-5-0, with career earnings of more than $500,000. He is currently competing in flyweight division of UFC.

He holds notable wins over Brandon Royval & Manel Kape. He is currently a top ranked flyweight who is just a win away from getting a title shot.

Alexandre Pantoja Passidomo is his full name. He was born on April 16, 1990 in his hometown Rio de Janeiro, Brazil.

On May 11, 2016 Alexandre Pantoja was appeared on TUF show. Two teams where leaded by Henry Cejudo and Joseph Benavidez.

Alexandre Pantoja was ranked one in Team Cejudo and he earned a fight against Brandon Moreno. Which he won by unanimous decision.

He also defeated Kai Kara-France who was fellow member of Team Cejudo.

In the semifinals of the tournament Pantoja faced Hiromasa Ougikubo and suffered a unanimous decision loss. Despite his loss he earned a UFC contract.

How much is Alexandre Pantoja Net Worth?

How tall is the Alexandre Pantoja?

What is the MMA record of Alexandre Pantoja?

Alexandre Pantoja’s record is 24-5-0. He is currently top ranked flyweight in UFC.

Who is the wife of Alexandre Pantoja?

Alexandre Pantoja is married to Gabryella Gouvêa Pantoja, They together have two children’s also.