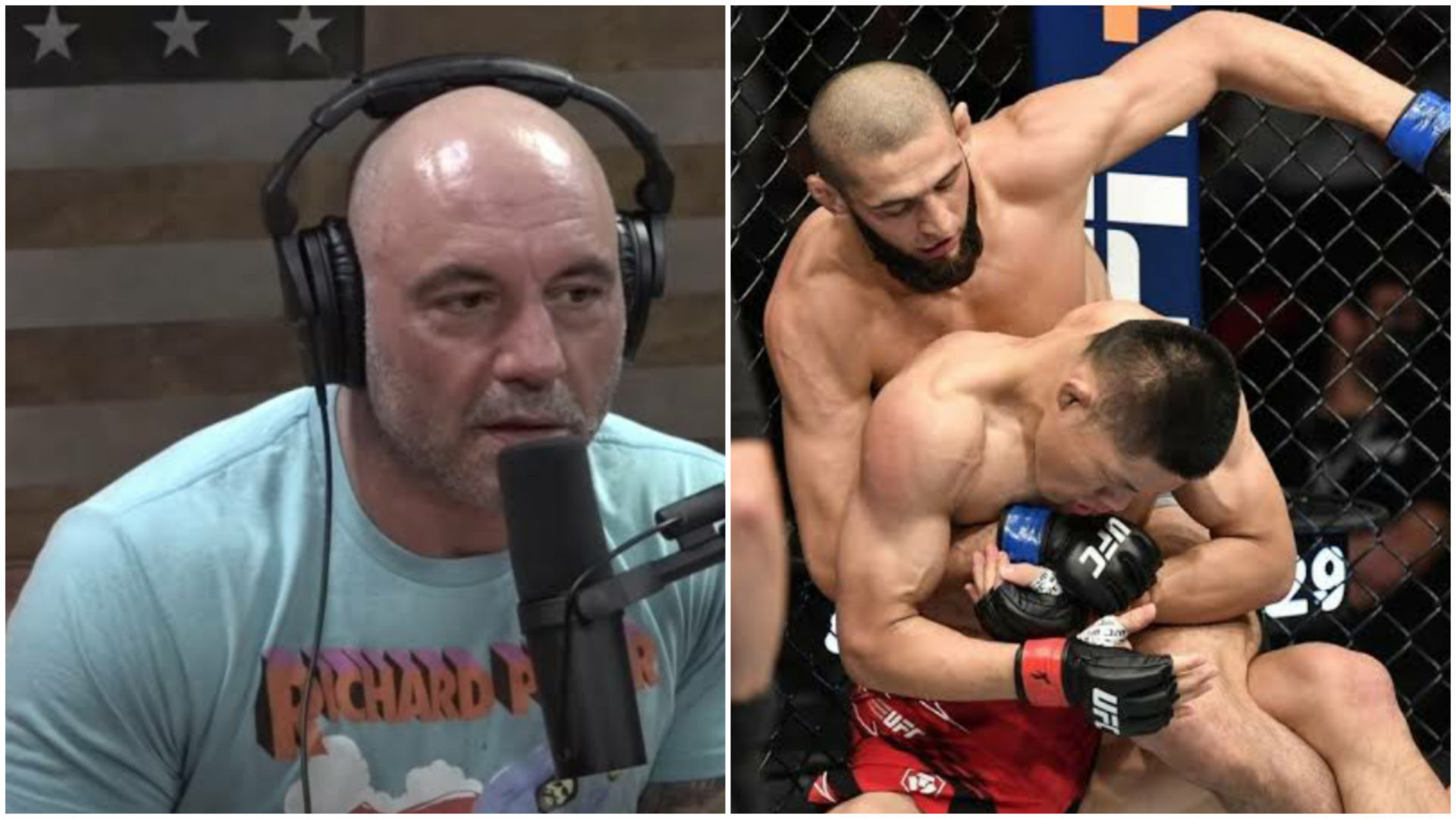 After dominating Li Jingliang at UFC 267, Khamzat has been one of the most hyped fighter in the UFC world.

With everyone getting on Khamzat’s hype train it seems like Joe Rogan is also one of them.

In one of the episode of Joe Rogan’s Podcast, Joe and Snoop dog has praised the skills of Khamzat Chimaev.

Joe Rogan said “Snoop, the word is, he’s even better than you’ve seen. The word is, by people train with him, they’re like dude, he is a f**kin freak of nature.”

Joe Rogan Further continued by saying “He’s really smart, he knows what to do. He’s got sick timing, he’s got a super-genius fight mindset. Like, you watch him fight, he doesn’t make any mistakes. He’s had I think he’s had three or four fights in the UFC. He’s only been hit twice. He’s just a swarm, he’s just a swarm. One guy he knocked out with one punch in the first round. These other guys he just gets a hold of and smashes him. It’s wild, and everybody can sense it.”

It seems like Joe Rogan is fan of Khamzat Chimaev and his sick time in takedowns.

Khamzat is currently number 10 ranked welterweight in the UFC, There are rumors of him fighting number two rank Gilbert Burns.