Tony Ferguson Vs. Rafael Dos Anjos, is this the fight to make 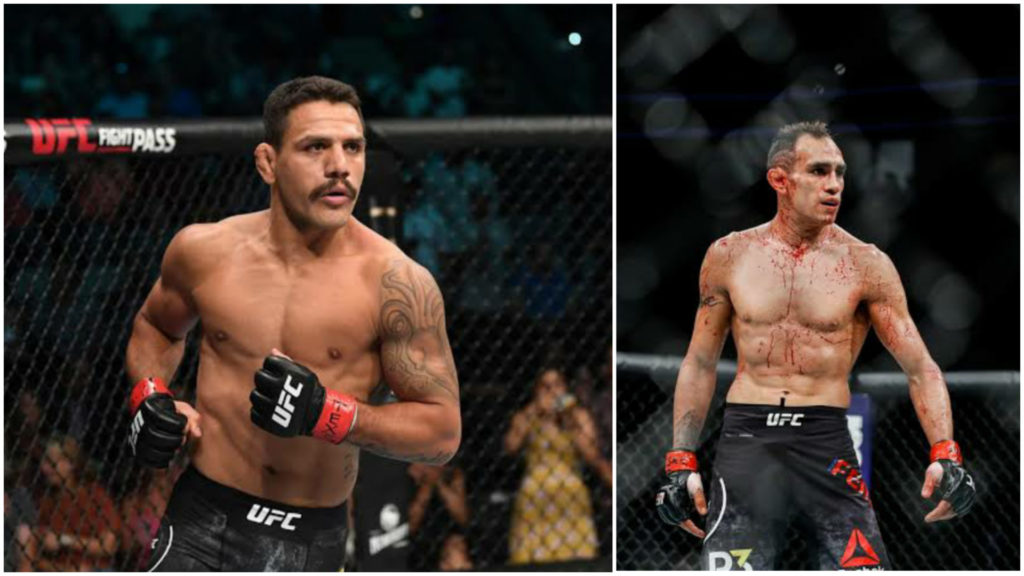 Tony Ferguson and Rafael Dos Anjos are two top names who are eagerly looking for a massive comeback. They both are at a point of their career where one loss and they might never make it to the top of the rankings.

The former UFC Champion, Rafael dos Anjos, hasn’t fought inside the Octagon for nearly an entire year. His last fight was in November 2020 against Paul Felder, and he won that fight by split decision.

Tony Ferguson was last fought at UFC 262, Where he suffered dominating loss to Beneil Dariush. Since then, he has been looking for an opponent.

Tony Ferguson had once defeated Rafael Dos Anjos in 2016, But RDA believes he fought Tony at the wrong time. Speaking to MMA hour, he said he would love to avenge his loss to Tony Ferguson.

Rafael Dos Anjos is number six and Tony Ferguson is number seven lightweight in UFC. Considering the rankings factor, this seems to be a great matchup.

Speaking to Ariel Helwani, RDA said, “I see guys like Tony Ferguson have nobody and we have a would-be a good rematch.”

Write us in the comment box below, What you guys think about this matchup?