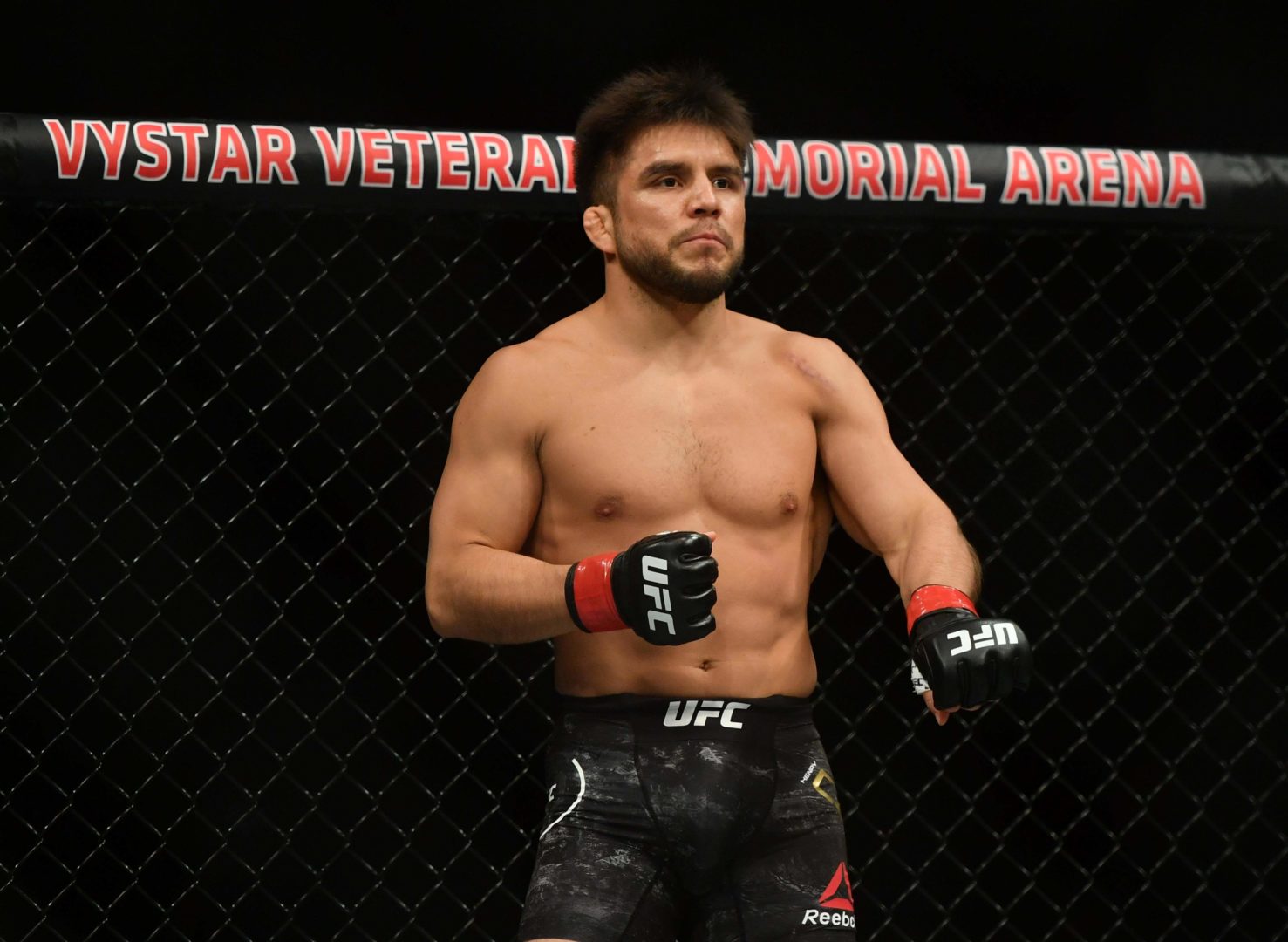 Henry Cejudo net worth in 2022 is estimated around $3.5 million. Henry Cejudo is an American professional MMA fighter who has made the most of his net worth by earning money from fighting in MMA & by wrestling matches.

Henry Cejudo is also known as CCC (Tripple C) because he has two UFC Championships and one olympic gold.

Currently he claims to be retired but he has also talked about coming back to fight Featherweight champ Alexander Volkanovski.

Despite his achievements, Henry remains one of the most underpaid athlete in the UFC.

UFC 249 was his highest paid fight, He defended his Bantamweight title against Dominic Cruz. Henry earned $350,000 as fight salary and a whooping $850,000 as a PPV sales bonus.

Henry Cejudo vs TJ Dillashaw – this was his first ever main event when TJ Dillashaw challenged him for his bantamweight title.

Henry Cejudo vs Sergio Petis, at UFC 218 he defeated Petis via uninamous decision where he was paid total $115,000 including all bonuses.

At UFC 215 Henry faced Wilson Reis where he defeated Reis by knockout in round number 2. for this fight he earned $135,000 including performance bonus and Reebok sponsorship.

Cejudo vs Joseph Benavediz, this was his second lost on his career. where, he lost a split decision to Benavediz.

On May 11, 2016, Flyweight champion Demetrious Johnson along with Henry Cejudo hosted TUF 24. Cejudo suffered his first lost in UFC where he was defeated by DJ via TKO in round number 1.

Henry Carlos Cejudo is son of Mexican immigrants Jorge Cejudo and Nelly Rico. He was born on February 9, 1987 in Los Angeles, California.

His father Jorge was jailed after threatening to kill his whole family in street altercation. Because of this incident Henry and rest of his family moved to New Mexico.

After a couple of years in New Mexico, it is said that cejudo and his family relocated to Phoenix, Arizona. Where, family lived in Maryvale in poverty despite their mother working multiple jobs to make the ends meet.

Henry was inspired by his brother Angel Cejudo, who was four time champion of Arizona Interscholastic Association. Before moving to Colorando, Henry became four timer by earning gold in freshmen and sophomore year.

In 2005, Cejudo won his first ever title Fargo National title in freestyle wrestling & then he started his full time training at United States Olympic Training Center in Colorado Springs, Colorado.

In 2005 Henry made his debut to senior level wrestling. He earned notable victories over NCAA champion Jason Powell and three-time All-American Tanner Gardner.

On April 15, 2006, Henry won the US National Championship at 55 kilograms. In 2007 Henry competed in World championship where he earned bronze medal.

On January 2014, Henry Cejudo signed his multi fight contract with UFC. Later On December 13, 2014 Henry Faced Dustin Kimura in his debut match. Where, he came out as a victorious.

At UFC 185 Cejudo defeated Chris Cariaso in a flyweight bout via unanimous decision.

After the suspension of Nick Diaz, Henry announced that he would not fight in Nevada. Henry Cejudo further clarified that NSAC’s process in determining Diaz’s guilt as the reason for the boycott.

Despite his stand, he faced Demetrious Jhonson where he suffered first round TKO loss in round one.

At UFC 277 Henry Cejudo defeated Demetrious Johnson by spilt decision. He ended a fantastic run of Mighty Mouse by this victory.

Later, Henry defended his flyweight title against TJ Dillashaw. Henry manages to finish the fight in 32 seconds in round one.

On 9 April 2019, TJ Dillashaw was tested positive for EPO and forced to relinquish his bantamweight title.

Henry has not married yet, but he is engaged to girlfriend Ana Karolina who is also pregnant with baby Girl.

Henry is still in the retirement, but recently he has called out Featherweight champion Alexander Volkonvoski.

If you have passion, If you have dream, Don’t let anyone talk you out of it.

I am not satisfied as long as dominate.

The sacrafice always has to be bigger than dream.

I want to find the best opportunity to be the best in the world.

Dream big, Sacrifice all, and you will enjoy the victory.

How much is net worth of henry cejudo?

Henry Cejudo net worth in 2021 is estimated around $2.5 million. Henry Cejudo is an American professional MMA fighter who has made the most of his net worth by earning money from fighting in MMA & by wrestling matches.

What is the mma record of henry cejudo?

Henry cejudo has 16 wins with 2 losses on his mma/ufc record.

When did henry cejudo won his olympic gold?

In 2008, henry cejudo won the olympic gold in 55kg division.

How tall is henry cejudo?

How much is the salary of henry cejudo?

What is the name of Henry Cejudo’s daughter?

Cejudo has named his daughter “America”

What is the name of Henry Cejudo’s girlfriend?

Ana Carolina is the name of Henry Cejudo’s girlfriend.